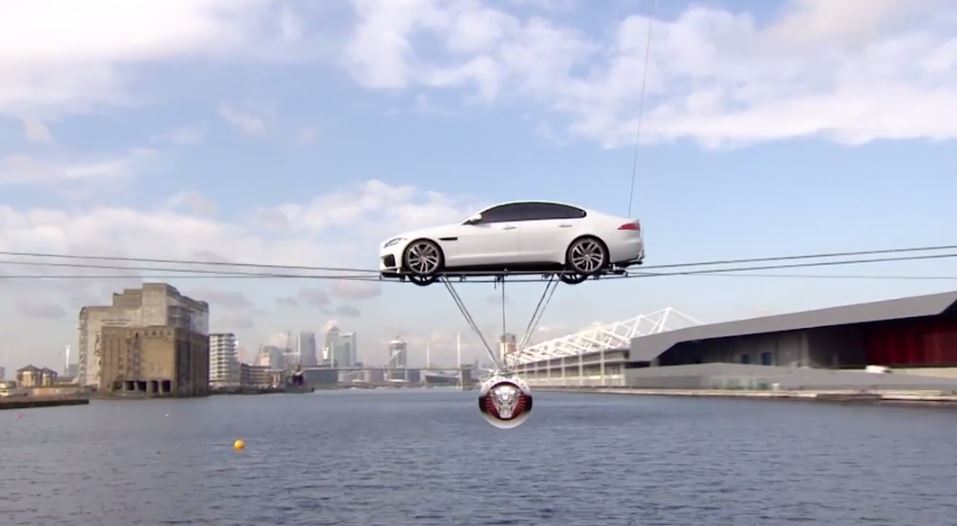 Suspended 60 feet above the Thames River in London, the new generation of the XF made its world debut in true Jaguar fashion. The high-wire high-stakes unveiling event was the first of its kind in the world.

The newly redesigned luxury sedan made its way across two wires- about the width of your thumb. The dramatic high-wire drive was to showcase the XF’s new light-weight design.

Jaguar completely redesigned the XF for 2016, making the entire shell out of aluminum. Despite its new lighter-weight, Jaguar did not skimp on the muscle power of the Jag. The mid-size luxury sedan is expected to have four engine options including a supercharged V-8 and high performance XF-SVR.

“I believe the all-new XF will be the best looking car in its class” said Jaguar’s Director of Design, Ian Callum.

Billed by Jaguar as an “unrivaled combination of refinement, fuel economy, dynamics and design”, the XF will feature state-of –the-art technology for a safe and enjoyable ride.

The 2016 XF is expected to arrive in the Park Place Jaguar showroom this fall.