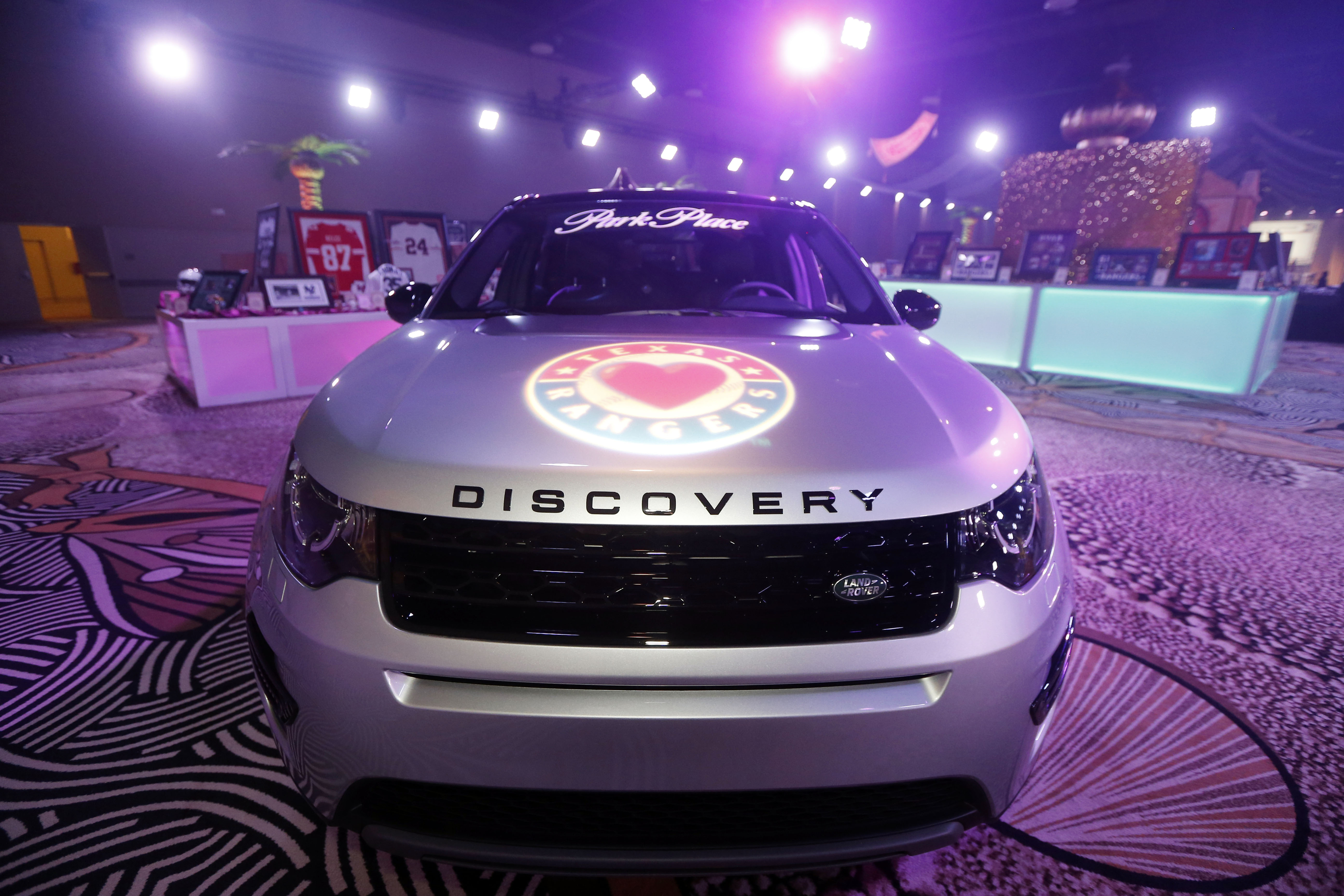 Bedazzled and bejeweled, the Texas Rangers largest fundraising event of the year featured a roaming snake charmer and an opportunity for a photo op with a camel. Wishes were granted as fans met their diamond heroes and bid on trips they’d only dreamed about their whole lives. But the biggest winners of the 2018 Park Place Dealerships Texas Rangers Triple Play are the kids that will benefit from the nearly $750,000 raised for the Texas Rangers Baseball Foundation.

“This was one of the most successful Triple Play events we’ve ever had,” said Karin Morris, executive director of the Texas Rangers Baseball Foundation. “Demand for our exclusive experiences in the live auction was so strong that we were able to duplicate several of the trips to double the amount raised. Our Texas Rangers MLB Youth Academy at Mercy Street Sports Complex, which was only a dream just a few years ago, is open and serving kids from across North Texas because of funds raised from previous years of the Park Place Dealerships Texas Rangers Triple Play.”

“We’re very proud to be associated with such a worthy cause,” said Gary Venner, general manager of Park Place Lexus Grapevine. “Seeing how the Texas Rangers Baseball Foundation has grown over the years, and all the great things they are doing for kids, makes this one of our favorite charitable events of the year.”

The highlight of the evening was the Rangers players competing against each other in a pair of hilarious game shows. This year’s competitions included the fan favorite Fielders Feud and Wheel of Fortune. The teams were made up of the following players: Fielders Feud: Infielders: Elvis Andrus, Isiah Kiner-Falefa, Joey Gallo, and Jurickson Profar. Outfielders: Shin-Soo Choo, Delino DeShields, Nomar Mazara, and Ryan Rua. The infielders dominated Fielders Feud, emceed by Hall of Fame announcer Eric Nadel. The crowd roared with laughter at some of the players’ answers and the witty banter between them.

Fox Sports Southwest Field Reporter Emily Jones hosted Wheel of Fortune, which matched a trio of two-man teams against each other: Team #1 Tony Barnette and Jake Diekman; Team #2 Jesse Chavez and Chris Martin; Team #3 Doug Fister and Kevin Jepsen. Pitchers Fister and Jepsen were obviously on the same wavelength as they handily won Wheel of Fortune.

Among the items available for bidding in the live auction were a trip to Los Angeles to watch the Rangers play the Los Angeles Dodgers; a trip to Boston for the Rangers – Red Sox series at Fenway Park; a trip to San Francisco and Napa Valley aboard Rangers owner Neil Liebman’s private jet; and a five-day hunting and fishing trip to Argentina hosted by former Ranger All-Star Jim Kern.

In addition, the silent auction featured a Top Golf experience with Delino DeShields, on-field instruction and game-type experience hosted by Texas Rangers manager Jeff Banister, private hitting and pitching lessons with current Rangers players, and many other exclusive experiences. In addition, there were rare and unusual autographed memorabilia items from across the sports and entertainment worlds.

ABOUT THE TEXAS RANGERS BASEBALL FOUNDATION: Since its inception in 1991, the Foundation has invested more than $30 million in our community to help children through support of programs including the Texas Rangers MLB Youth Academy at Mercy Street Sports Complex, presented by Toyota, youth health and wellness programs like the just keep livin programs, educational programs such as the Richard Greene Scholars program, and support of the military and first responders and their families.