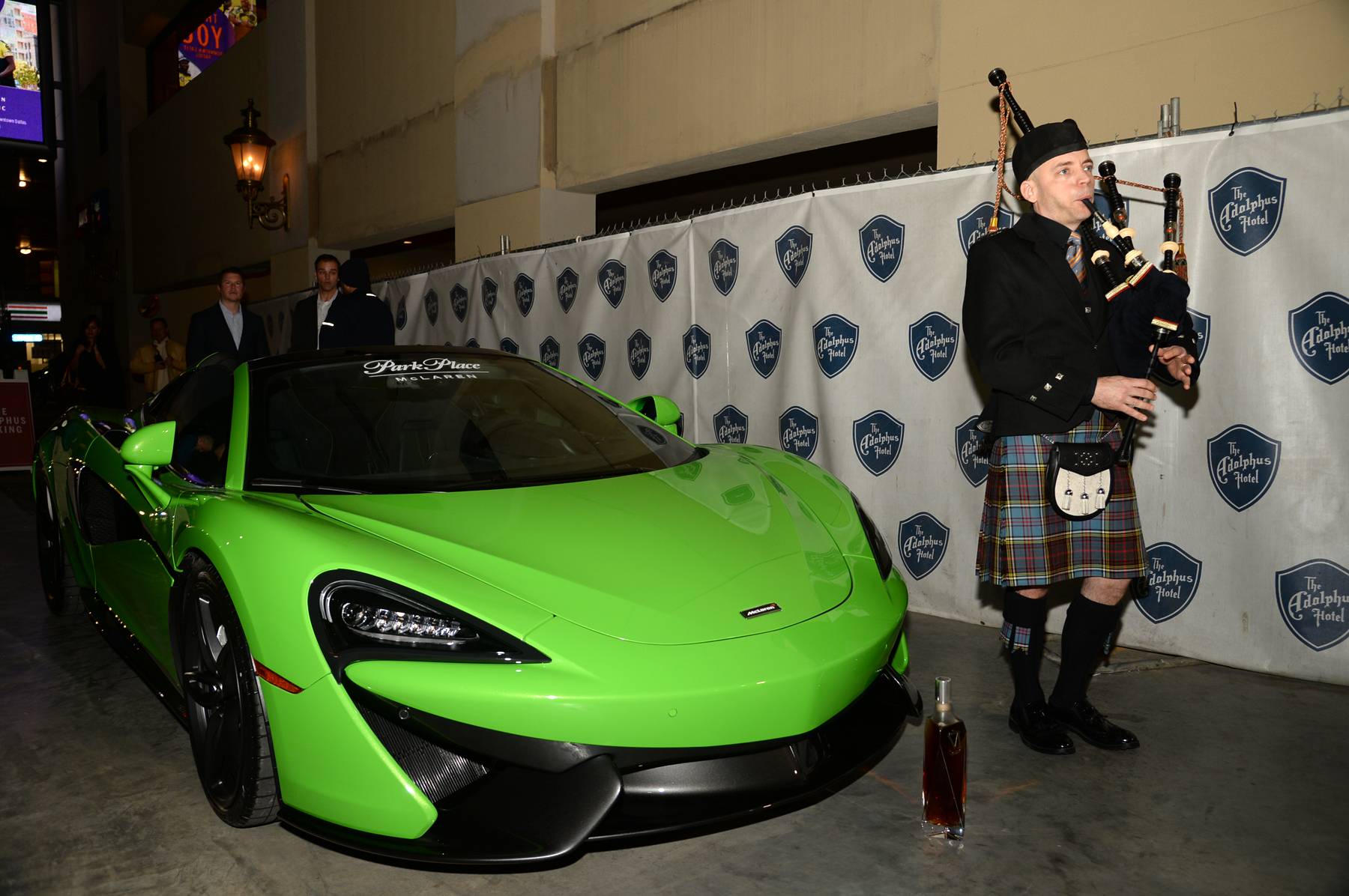 On January 25, McLaren Dallas and The Macallan Scotch celebrated renowned Scottish poet Robert Burns’ birthday with Scotch tastings and Haggis in the French Room Bar at The Adolphus in downtown Dallas.

While Burns, Scotland’s best known and most beloved poet, died in 1796 at the age of 37, he is still remembered worldwide on his birthday with traditional Scottish food, drink, and poetry. Burns is probably best known in the U.S. for the New Year’s Eve anthem “Auld Lang Syne,” the second most sung song in our country after “Happy Birthday.”

The Macallan national brand ambassador Raquel Raies introduced guests to the 1824 Masters Series, four different whiskeys increasing in scarcity and rarity through each expression. The tastings began with a 12-year-old Double Cask, then a 12-year-old Sherry Oak, followed by a 15-year-old Fine Oak, then finishing with the exquisite Rare Cask, handpicked from less than one-percent of the finest sherry-seasoned casks in The Macallan reserves.

Haggis is not for the squeamish, but it is very flavorful.  It consists of a lamb or sheep’s organs minced with suet, onions, oatmeal, and seasonings and cooked in the animal’s stomach. Served with the traditional sides of “neeps and tatties” (turnips and potatoes) with a dram of Scotch, it was a fitting conclusion to an evening befitting a Scottish legend.

As Burns concluded in his “Address to a Haggis” (in a rough English translation):

You powers, who make mankind your care,

And dish them out their bill of fare,

That splashes in small wooden dishes;

But if you wish her grateful prayer,

Give her [Scotland] a Haggis!