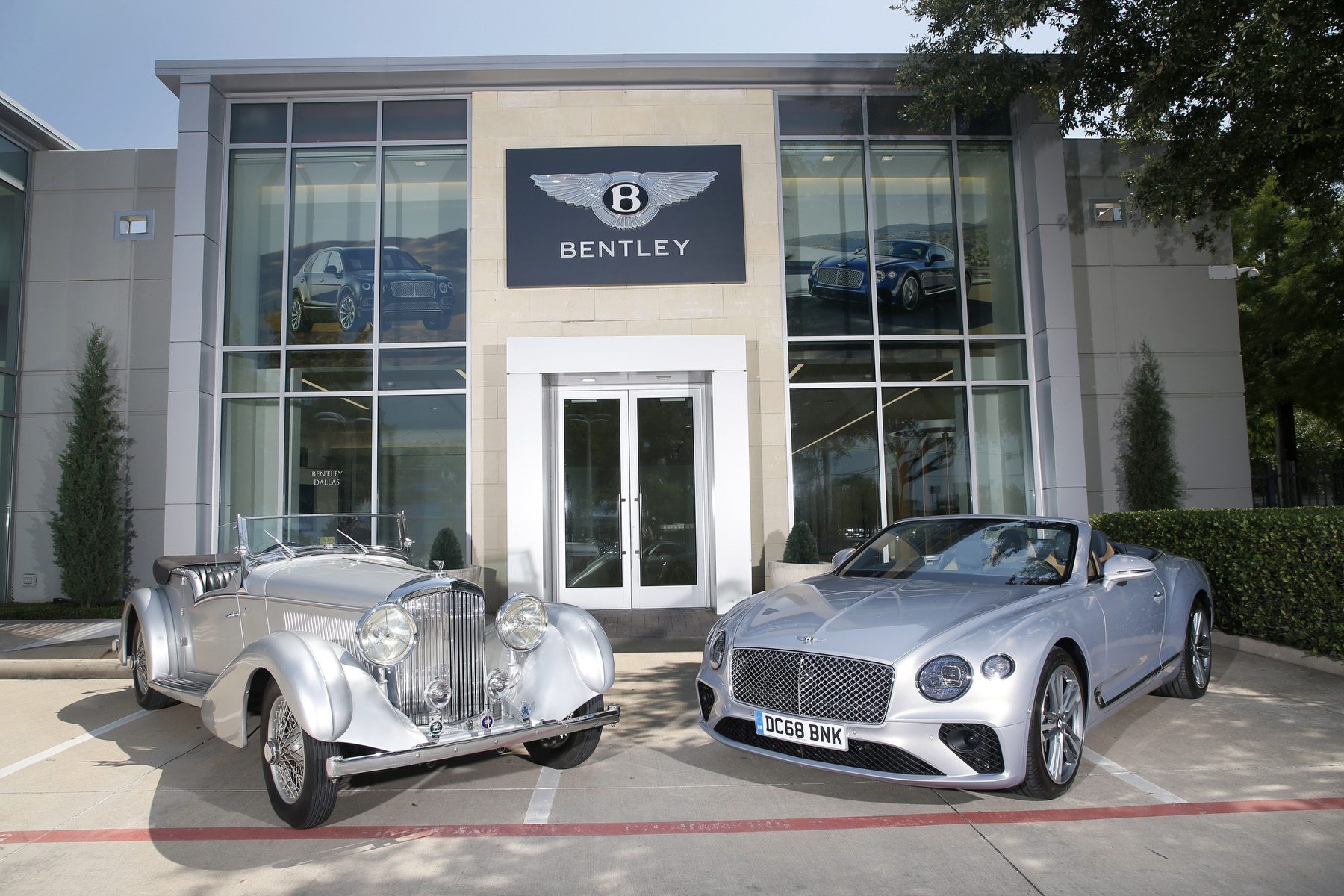 Bentley Dallas put on the party of the century July 10th in honor of Bentley Motors’ Centenary.

“The policy was simple,” W.O. Bentley said when he founded his namesake motor company July 10, 1919. “We were going to make a fast car, a good car, the best in its class.”

True to its founding principles, Bentley continues to make fast cars with an emphasis on comfort and luxury.  And they are arguably the best in their class.

Powered by its original 4.25 Liter engine, the ’37 Bentley with serial number B1KU was exported to the US in the late 1950s. While it still includes the initial body with matching numbers on the original parts, it’s not just a showpiece. The engine still purrs like a kitten. The rolling work of art will be offered at Gooding & Company’s Pebble Beach sale August 16-17.

Guest were serenaded by Armenian singer Goga and his trio, which played everything from pop music to opera. Bachendorf’s displayed a limited-edition Breitling timepiece among other beautiful pieces. Guests enjoyed a celebratory toast with Champagne Palmer and delicious canapés by Dallas Fish Market and Dallas Chop House.  A “100 Extraordinary Years” cake also marked the notable anniversary.

The old English company, now part of the Volkswagen Group, began celebrating its 100th anniversary earlier this year with the showing in Paris of its 2020 Bentley Continental GT convertible.

The 2020 Bentley Continental GT is a $225,000 coupe propelled effortlessly by a 6-liter 12-cylinder engine with 626 horsepower. With all-wheel-drive and a well-developed suspension, it can conquer mountain curves or devour autobahns with its 207-mph top-speed – yet it’s still capable of getting 24 mpg on the highway.

The new Continental will also be available in a convertible (GTC) as well as a 4-liter twin-turbo V8 version.

The impressive Continentals join the popular Bentayga SUV as well as the Flying Spur and Mulsanne sedans in Bentley’s current offering of vehicles.

Bentley Dallas is part of the Park Place Premier Collection on Lemmon Avenue.