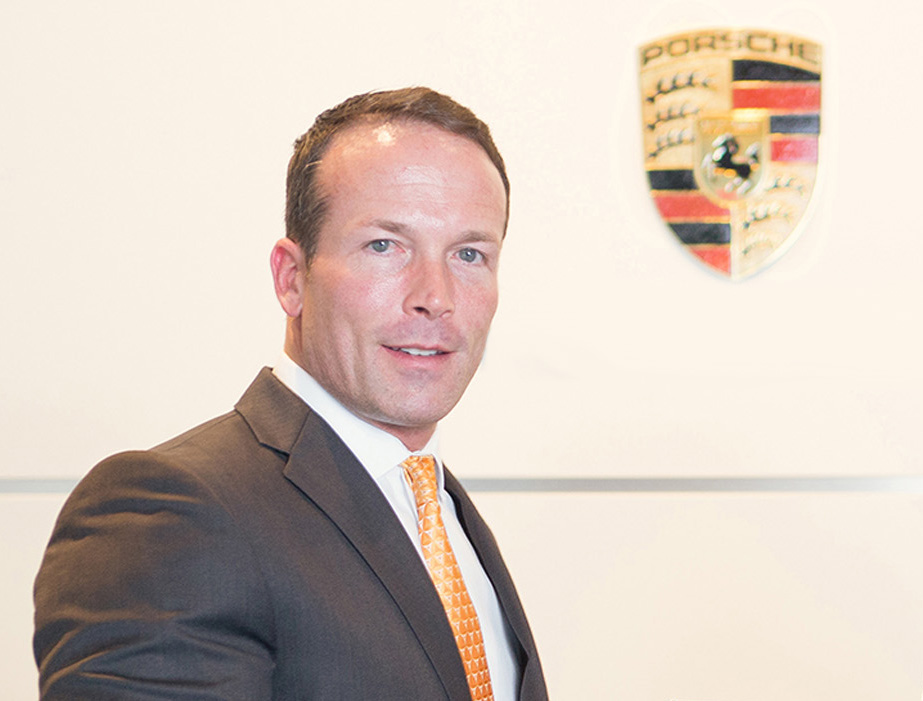 Growing up in Kansas, Patrick Huston never imagined that one day he’d be behind the wheel of the top Porsche dealership in the nation. And a racing team? That was something you only saw on TV, and a dream at best.

The path to success for Patrick started at the age of 12 while working alongside his dad at the family’s auto-parts shop. He enjoyed being around cars, helping clients, learning from his dad and serving the small Kansas community. As he got older, he continued working in the industry for several years before making the life-changing move to Dallas.

In December 2003 Patrick received a call from Park Place Porsche, asking him to join their team as a Pre-Owned Manager, which he eagerly accepted.
“The reputation that Park Place built as a leader in the industry, as well as the opportunity to represent a brand such as Porsche is what drew me in,” said Huston.

He instantly took the Pre-Owned department to #1 in the country, where it has remained since 2004.

“Initially it was about the cars, “said Huston, “But I soon learned, when I shifted to the sales side of the business, that it was about the people. I enjoyed creating a relationship and fulfilling the client’s needs. It isn’t about the instant gratification of a one-time sale.”

Patrick’s relentless drive to win and dedication to the team at Park Place propelled him to his biggest role yet- General Manager of Park Place Porsche.

Perhaps Patrick’s leadership style is something he picked-up while working alongside his dad.

“I lead by example,” said Huston, “My team knows that I will do whatever it takes to help facilitate them in their position. I think most people have worked for the individual who micromanages, therefore the members (employees) respect an individual who rows the boat with them any time it’s needed.”

Furthermore, Patrick also serves on the National Sales & Marketing Porsche Roundtable. But that’s just the tip of the iceberg for Patrick.

At the end of the day, the key to Patrick’s success is simple. “Patience,” he says, “And understand, that as a career it can be rewarding provided you put in the time.”