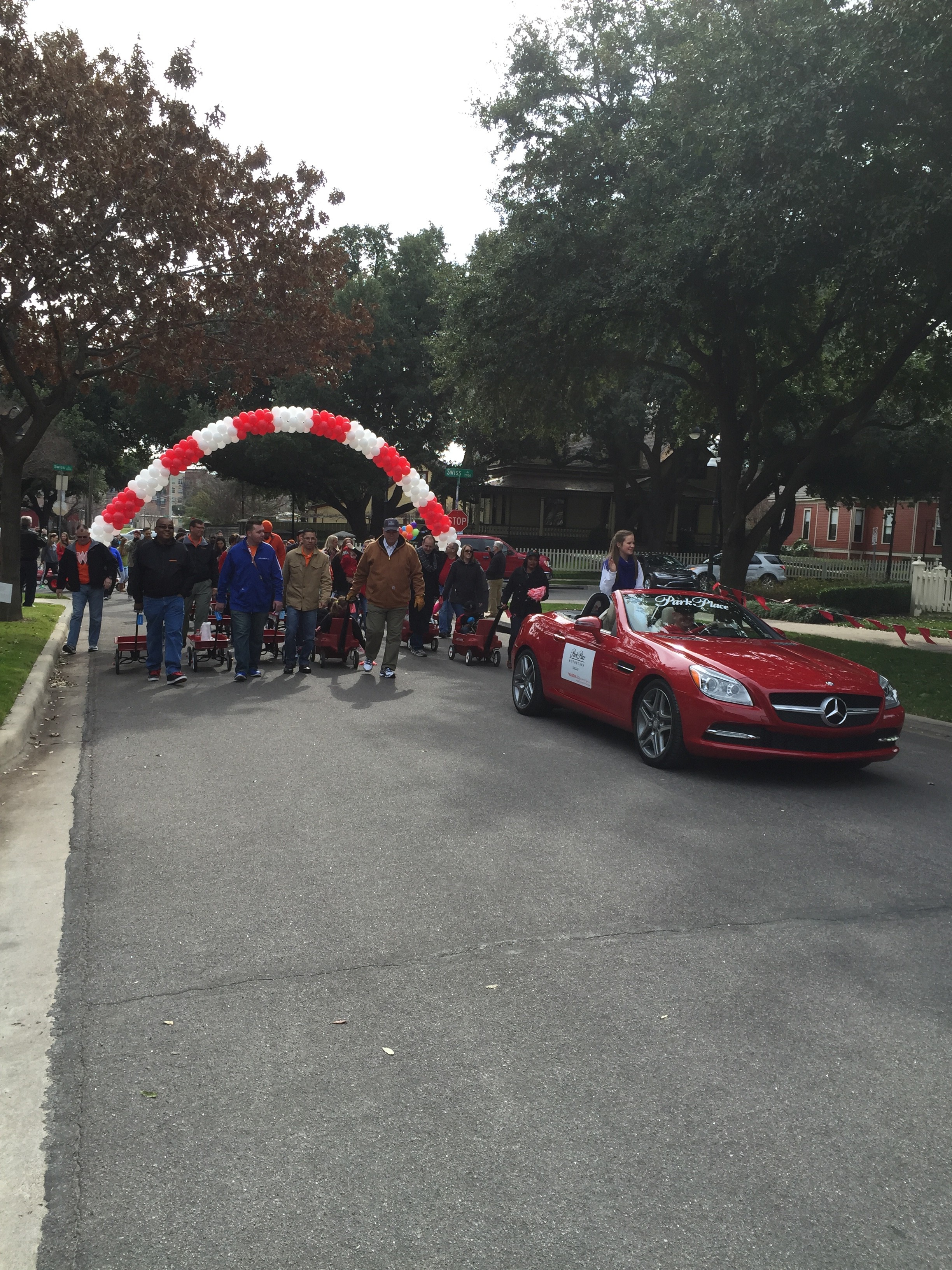 Park Place Motorcars Dallas recently joined Community Partners of Dallas for a special event to celebrate the organization’s 25th anniversary. Community Partners of Dallas organized the “A Wagon Holds a Promise” parade in an attempt to break the Guinness World Record for the largest parade of toy red wagons. The parade was a success, and they broke the record with 288 wagons. The previous record holder, the St. Georges Lions Club of Utah, originally broke the record with 250 red wagons in 2003.

A red Mercedes-Benz convertible was donated by Park Place Motorcars Dallas to lead the parade, held on January 31st at Central Square Park. Over 467 people followed behind, pulling red wagons to not only break a world record, but in support of the abused children that Community Partners of Dallas aims to serve.

Food and drinks were provided by Ruthie’s Rolling Café, and participants enjoyed a post-parade birthday cake at the Community Partners offices.