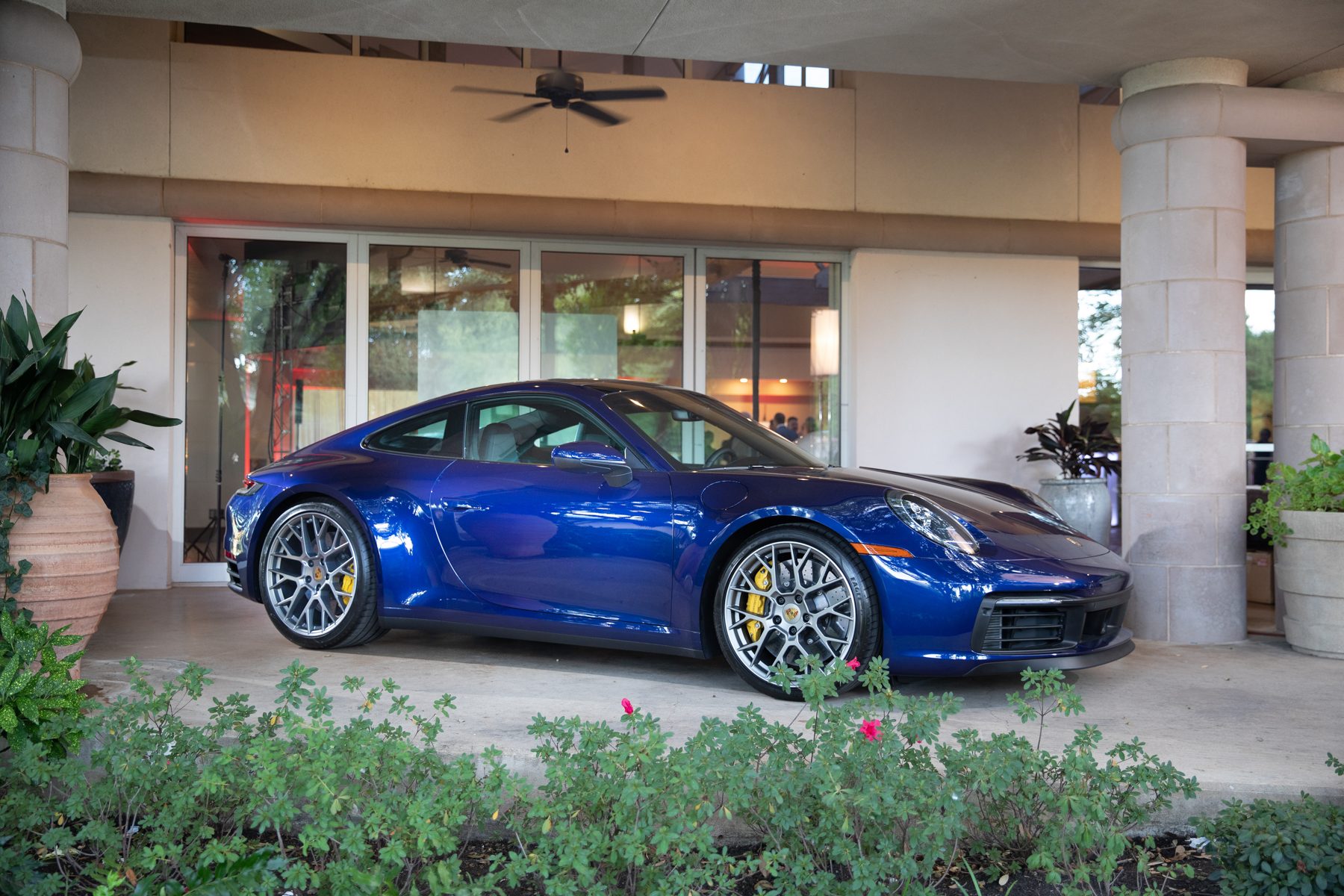 “This new 911 series is the most revolutionary in the last 25 years.”

So declares Jordan Mizrach, General Manager of Park Place Porsche Grapevine. And while that’s something one might expect him to say, it’s still a bold claim.

Consider Porsche’s conversion from air- to water-cooled engines in 1998. Then the 2016 switch from naturally aspirated engines to flat-six twin-turbos. Pretty drastic stuff.

So what makes this eighth-generation 911 (internally coded as the 992 series), so radical?

“There are subtle changes throughout,” says Paul Kim, the dealership’s SEM (Sales Experience Manager) and all-around Porsche-nista. Unlike in years past, all 992 models will now wear the same bodywork – rounder hips, flared fenders and a wider front and rear track (45 mm and 54 mm). And that beefier body is actually seven percent lighter than the outgoing model, thanks to more aluminum and composite materials.

But Paul really gets a kick out of the rear gills under the back window. “Nine gills line up on either side of two larger middle slots. Get it? It’s a 9-9-2! Who says German engineers don’t have a sense of humor?”

He’s also a big fan of the lush interior, full of fine leather and thoughtfully arranged controls. Five toggles on the center stack evoke a vintage 911 layout. Seating is super-comfortable and well-suited for long trips – almost unthinkable a mere decade ago. Trim options include wood or carbon fiber inserts.

The classic five-dial instrument cluster dates back to the very first 911. But technology has supplanted the dials surrounding the large tach with maps, safety and driver-assist systems and other information. The new Porsche Communication Management (PCM) system features an expansive 10.9-inch infotainment touchscreen for nav, entertainment and other apps, including Apple CarPlay integration.

We’re all about stability, so we heed Jordan’s admonition to “just drive it.”

Tooling around town, the Carrera S is as docile as you’d expect from a finely-engineered German luxury car. The remarkable eight-speed double-clutch automatic transmission, dubbed PDK – mercifully short for Doppelkupplungsgetriebe – shifts invisibly while in Normal mode. The only way to sense any change is to watch the tach.

But when a patch of open road beckons, it’s time to switch to Sport mode (or even Sport-Plus for the hardy soul). The Carrera S drops nearly a half-inch, the gears stretch the revs higher, the suspension tightens noticeably and the docile house pet transforms into a snarling beast, rampaging to 62 mph in just 4.2 seconds (it feels faster) and hits 100 mph a few seconds later. Like, three.

And there’s more where that came from. The aptly-named “launch control” feature provides NASA-esque thrills. From a dead stop, the driver puts their foot on the brake, then floors the accelerator. The engine rises to a bellow, telling the computer, “Oh, it’s fun time now!” The computer tells the driver to release the brake. Instantly, the astonishing power band unspools with abandon as you rocket down the road.

“Launch” is such an inadequate word.

And all the while, the Carrera rides as securely, as controllably, as responsibly, as nimbly and as manageably as if it were on rails. Very fun, tight, swoopy rails.

There’s never any sense that the front will go one way or the back will go another or that the whole thing is about to unravel. The sense, instead, is that the engineering behind this drama is palpable, innovative, brilliant and amazing.

“See what I mean?” Jordan asks with a grin. Paul laughs out loud.

No doubt about it – This new 911 series is the most revolutionary in the last 25 years.

The Carrera S and all-wheel-drive 4S models are available now in both coupe and cabriolet (convertible) versions. The base model Carrera and Cabriolet (with 379 hp and 331 lb-ft of torque) are available for order now, with delivery in the first quarter of 2020.