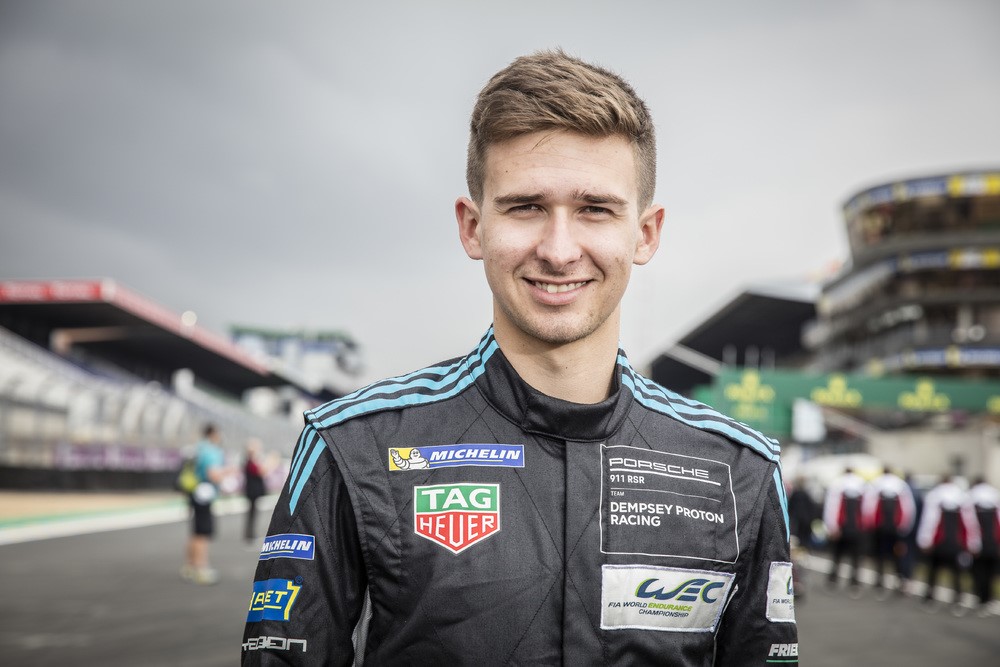 Campbell, Australia, became part of the Porsche Factory Driver lineup in 2017 as a Porsche Junior. In his debut at the 24 Hours of Le Mans Campbell took home Porsche’s 107thclass win with Dempsey Proton Racing in the GTE-Am category. The Rolex 24 At Daytona will be Campbell’s shot to prove it was talent, not luck that earned him a trophy on the world’s largest stage for endurance racing.

Park Place Motorsports warmly welcomes Campbell’s talent and fight. A GT Daytona win at Daytona International Speedway has long eluded the No. 73 Park Place Porsche. This years’ effort seems as poised as any with the return of Porsche Factory Driver Patrick Long and the addition of the all-new Porsche 911 GT3 R. Long and teammate Nick Boulle will be on standby to give tips on how to charm the Daytona International Speedway. Long won the race in 2009 and Boulle more recently in 2017.

Team Principal Patrick Lindsey, on the other hand, is willing to take tips from Campbell.

“He’s so young but has already seen so much success,” Lindsey said. “It is honestly impressive. I can’t wait to sit back and watch him work. I’ll actually root for him this time, at Le Mans I ran against him so I couldn’t be too impressed. I know I have more experience at Daytona but I’m wanting a little Campbell sheen to rub off on me. He’s really talented and successful, I’d love to have his resume. I really hope for the best so we can add to that resume and he can go home with a Rolex.”

The Roar Before the Rolex 24 is Campbell’s first trip to the United States, making Daytona his first foray into North American racing.

“I’m very much looking forward to my first trip to the United States,” Campbell said. “I’ve driven on banking before but certainly not to the extent of the Daytona banking, so I’m sure it will be quite the eye-opener for the first time.

“To get my first Daytona under my belt is certainly invaluable, I think in endurance racing no matter of your results in the past, each 24-hour race is a new challenge. But I feel like I’ve gained great experience in the last year with endurance racing and my approach going into such races. I’m excited to work with the team. I come in with an open mind having enjoyed working with Longy in previous years.”

Campbell will be available for interview upon request at the Roar Before the Rolex 24. Park Place Motorsports prepares for the start of the 2019 season Jan. 4-6 at Daytona International Speedways as part of the test weekend. The season kicks off with the Rolex 24 At Daytona Jan. 26-27, broadcast live on NBC. For schedule, details visit http://imsa.com or visit http://parkplacemotorsports.com for more team information.