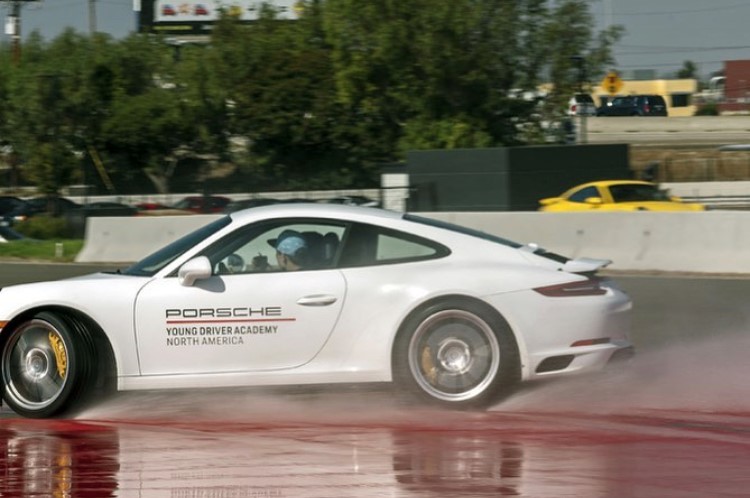 After only 10 months in America Kolkmann is headed back to Germany armed with a plethora of Porsche GT3 Cup Challenge USA by Yokohoma podiums, as well as the chance to say he attended the exclusive PYDA. Kolkmann earned this invitation through his impressive performance in the Porsche GT3 Cup Challenge USA by Yokohoma championship. The chosen drivers were the first ever to experience the program in the state-of-the-art Porsche Experience Center Los Angeles (PECLA) in California.

“I feel really honored and thankful to have been a part of it and to have worked with such experienced people,” Kolkmann said. “It’s a great way to end my first year in America and I think it shows that Park Place Motorsports and I performed well during the season.”

The program kicked off Sunday, Oct. 21, with the nutrition and training module. The drivers met with a professional race car driver Jan Heylen to learn how to properly care for their bodies before, during and after a race weekend.

They then moved to a classroom for mental coaching and technical training. A strong mental game is crucial in racing’s constantly varied, fast pace atmosphere where one mistake could cost you a championship. A driver that is technically trained can better communicate car setup to the team making it possible to find the extra tenth of a second that could win a race.

“I took in a lot of information and I think it will take a couple of days to really process everything,” Kolkmann said. “I wrote a lot of notes and I´ll go over it on my way back to Germany. I think it will make me a better racing driver in every aspect which is one of the main goals of the Porsche Young Driver Academy.”

Kolkmann and company returned to PECLA Monday for the remaining three modules, starting with Media training. The drivers met with journalist Jamie Howe to learn how to professionally communicate their post-race thoughts, team names and sponsor plugs. Howe then handed the group over to Porsche Motorsport Factory Driver Patrick Long for simulator training. The drivers wrapped up the academy with a lesson on the skid pad to focus car control.

Upon the completion of the six modules the drivers sat down with key Porsche Motorsport figures such as Porsche Motorsport North America CEO Dr. Daniel Armbruster and Race Director Owen Hayes to discuss the takeaway points from the season as a whole and the Academy. Amidst the discussion, Kolkmann reflected on the whirlwind year he had experienced.

“My first season in America was fantastic,” Kolkmann said. “We were able to win a couple of races and we finished on the podium six times. Of course, we also had difficult races but that’s just a part of racing. I really enjoyed my time in America this year and I also found some new favorite tracks. I’m really thankful to Park Place Motorsports because they gave me the opportunity to make my first steps into American racing. It’s a great team, I really enjoyed working with them and cannot thank them enough.”