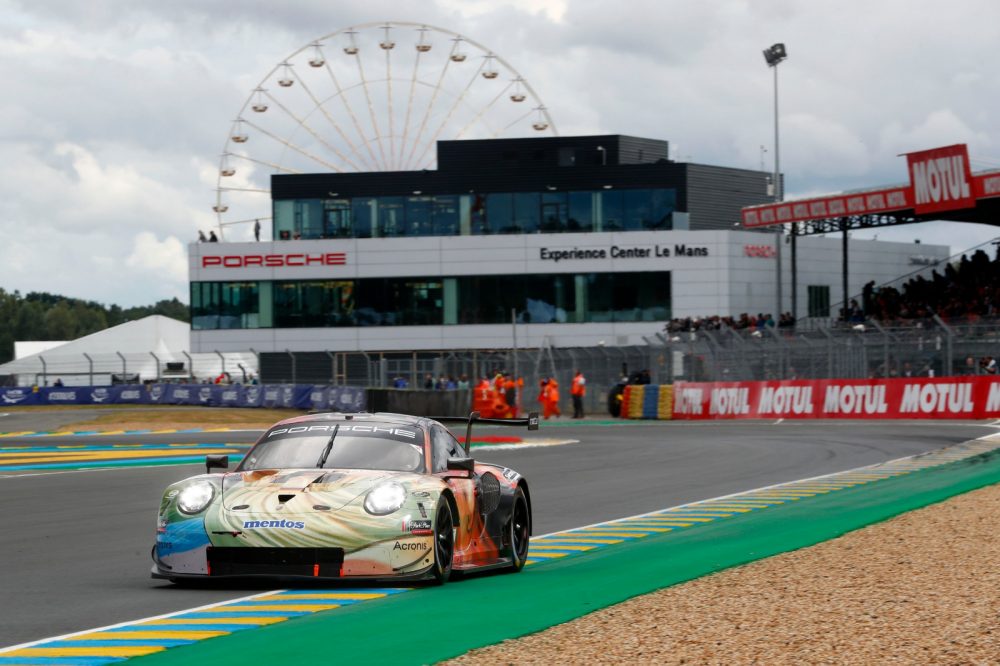 Park Place Motorsports driver and Dallas resident Patrick Lindsey won the GTE Am points championship title in Le Mans, France but it wasn’t until 24 hours after the checkered flag fell that he was crowned the winner of Le Mans with co-drivers Edgidio Perfetti and Porsche Factory Driver Jörg Bergmeister. A post-race penalty was given for fuel capacity error to the winning Ford of Houston based Keating Motorsport. This is the same penalty Team Project 1, the German-based team that runs the No. 56 Park Place Porsche, received after winning at Fuji International Speedway. The time penalty did not strip the No. 56 of its win.

The crowning achievement of Le Mans winner is one that can often escape even the most talented teams and drivers, but Lindsey and company took home the honor in their first WEC season. The Super Season put on by the FIA WEC was to restructure their race season so the 24 Hours of Le Mans, which initially fell early in the race of the season, would now mark the finale. The Super Season featured two races at Circuit de la Sarthe in Le Mans and competitions in Europe, Asia and the United States. Lindsey took home two wins, and three podium finishes out of eight rounds.

“Well, it’s certainly unexpected news,” said Lindsey. “Winning the championship was the goal going into the race and having accomplished that with a second-place finish was beyond satisfying. With the news that we are now the winners, it’s a lot to wrap my head around.”

“For starters, I felt like we had already executed the perfect race, so to be made the winners – even post-race – feels like the perfect reward to the team for such a monumental effort. It’s the biggest race victory in my career and to go along with capping off the Super Season championship is just too amazing to express.”

“Pride in my teammates, relief of the past months of trying to maintain the championship, and of course, thankfulness of the full support of my wife, family and friends are emotions just swirling around that I can’t really distinguish. I’m looking forward to digesting it all and getting a little perspective of the whole thing, then figure out how to do it all again.”

Lindsey now rejoins teammate Nick Boulle, of de Boulle, and Porsche Factory Driver Patrick Long in the No. 73 de Boulle Porsche 911 GT3 R ran by Park Place Motorsports for the Sahlen’s Six Hours of the Glen at Watkins Glen International in New York. Park Place Motorsports is tied for third in the IMSA WeatherTech SportsCar Championship GT Daytona Team Points Championship. Watkins Glen International is the halfway point of the 2019 season and is the third installment of the Michelin Endurance Championship. The endurance championship features North America’s most elite endurance races including the Rolex 24 At Daytona.

The Sahlen’s Six Hours of the Glen airs on NBCSN Sunday, June 30 from 7 to 10 p.m. ET in a delayed broadcast. To watch the six-hour race live use IMSA.tv and NBC Sports app or listen to the race live with IMSA Radio. For more information on Park Place Motorsports visit http://parkplacemotorsports.com.