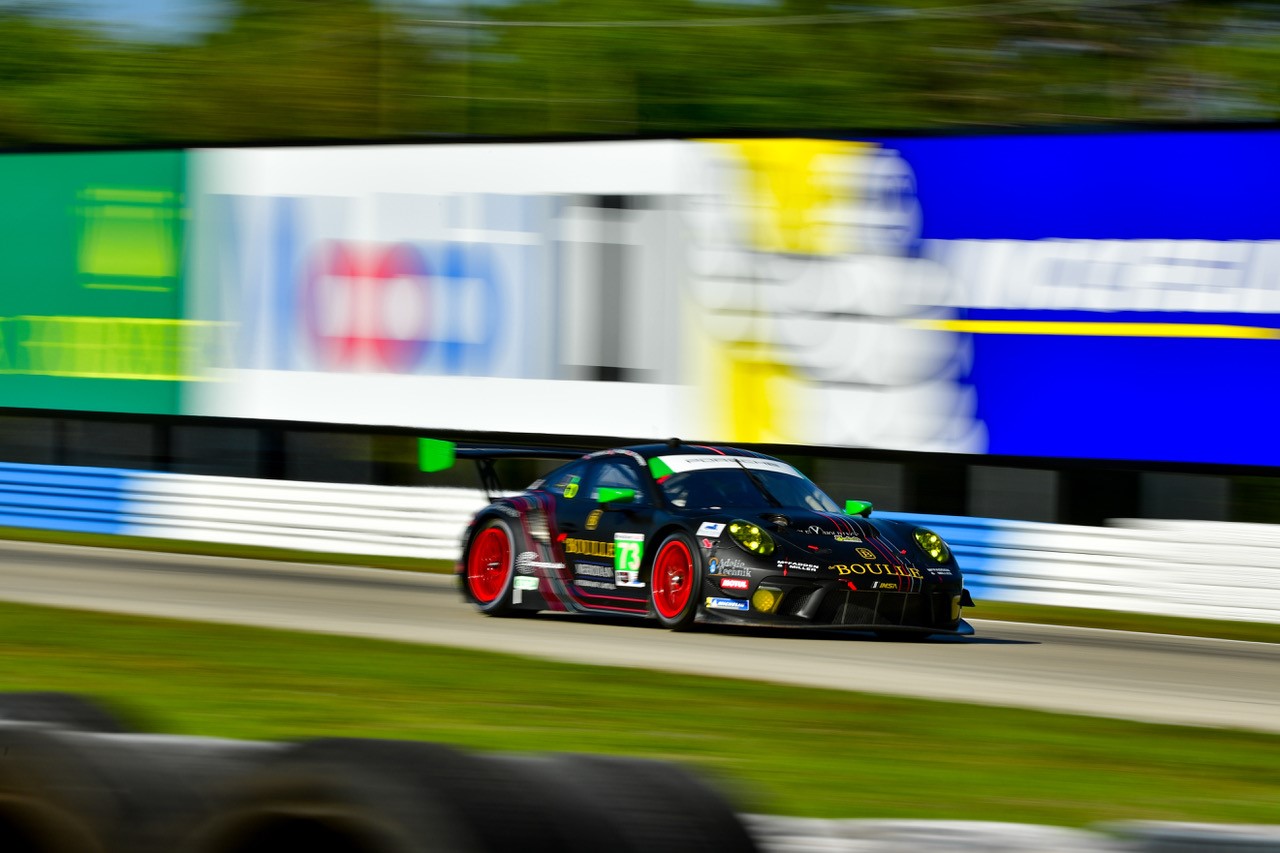 Dallas (April 30,2019) – Marco Seefried will take over driving duties for Park Place Motorsports Team Principal Patrick Lindsey in the No. 73 Park Place Porsche entry at this weekend’s Sports Car Challenge at Mid-Ohio Sports Car Course for Round 4 of the IMSA WeatherTech SportsCar Championship. Lindsey excuses himself to continue his championship hunt at Circuit de Spa-Francorchamps Saturday, May 4.

Park Place Motorsports makes the switch from endurance racing to sprint racing at Mid-Ohio. This is the first of eight sprint races on the WeatherTech SportsCar Championship calendar. The shortened race format brings a new feel to the series with a keen focus now on perfect pit stops and bringing the car up to pace as quickly as possible. With a GTD field featuring 15 entries, the Sports Car Challenge at Mid-Ohio will be anyone’s race.

Patrick Lindsey, Team Principal
“I’m happy we can have someone with the pace and experience Marco brings as my replacement,” Lindsey said. “He’s someone I trust, and that’s half the battle when finding a replacement. You need someone who has experience in the car, who has the pace and who can bring it back into pit lane in one piece. I would have loved to have been there with my boys, but I have another battle across the pond. I’m hoping this weekend goes well and Project 1 can go to Le Mans with a greater points gap.”

Patrick Long, Porsche Works Driver
‘We’re headed to Mid-Ohio for sprint racing with Marco Seefried in the car,” Long said “He’s someone I ran with back in 2015, and I consider him a great friend, so I’m looking forward to driving with him in Patrick’s absence. The Porsche 911 GT3 R is a car we’re still getting our hands around, but after our strong finish at Sebring we like our chances at a tighter more technical track.”

Calendar
Park Place Motorsports’ weekend begins Friday, May 3, a day packed with practice. Saturday, May 4 features a final morning practice session for the IMSA WeatherTech SportsCar Championship series before qualifying. GTD kicks off qualifying with the 15-minute session beginning at 11:40 a.m. EDT, the session can be viewed live on IMSA.tv. Sunday, May 5 is race day. The Sports Car Challenge at Mid-Ohio is set to see the green flag wave at 1:40 p.m. The race is aired on NBC Sports and IMSA.tv. For a detailed schedule of the weekend visit http://imsa.com.