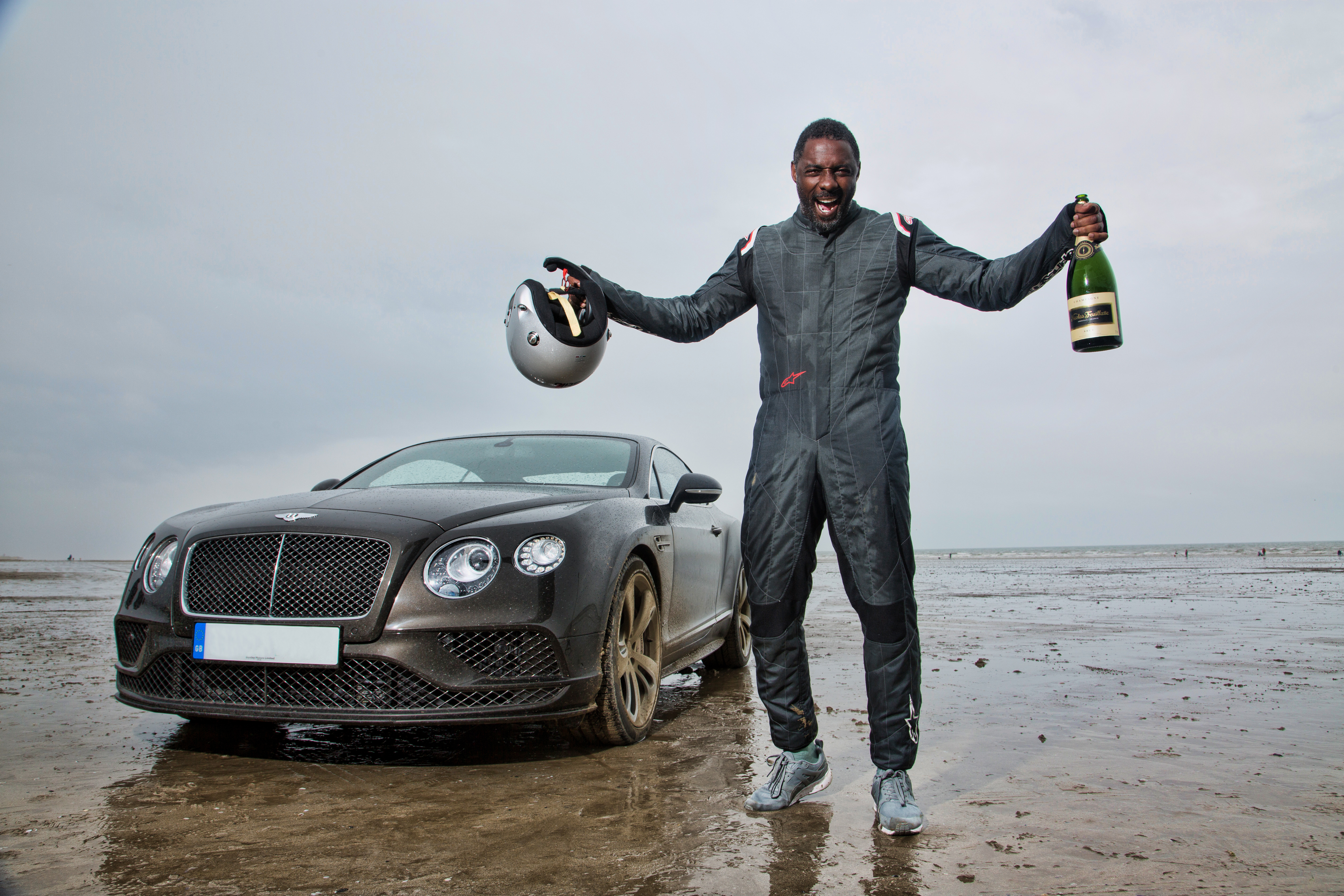 Actor Idris Elba chased and surpassed a historic record, set nearly 90 years ago. Behind the wheel of a new Bentley Continental GT Speed, the award-winning actor hit a top speed of 180.361 mph , breaking the previous “Flying Mile” record of 174.8 mph set by Sir Malcolm Campbell in his legendary Napier-Campbell Blue Bird. Elba took to the Pendine Sands in Whales to make a run for the record books.

Elba, who famously played Nelson Mandela in the multi-award winning Mandela: Long Walk to Freedom, said: “I’m absolutely elated to have broken the ‘Flying Mile’ at Pendine Sands. It’s an honor to have taken on the challenge, and to successfully follow in the footsteps of the illustrious Sir Malcolm Campbell.”

Despite some challenging tidal conditions on the beach in south Wales, the record was broken in the Crewe-built Continental during filming for an upcoming four-part Discovery Channel series, Idris Elba: No Limits, which will air in July.

Elba’s record was independently verified by the UK Timing Association.

Powered by Bentley’s iconic 6-litre twin-turbo W12 engine, the GT Speed dispatches the zero-to-sixty sprint in 4.0 seconds on its way to a top speed of 206 mph.

Check out the Bentley GT Speed at Park Place Bentley.