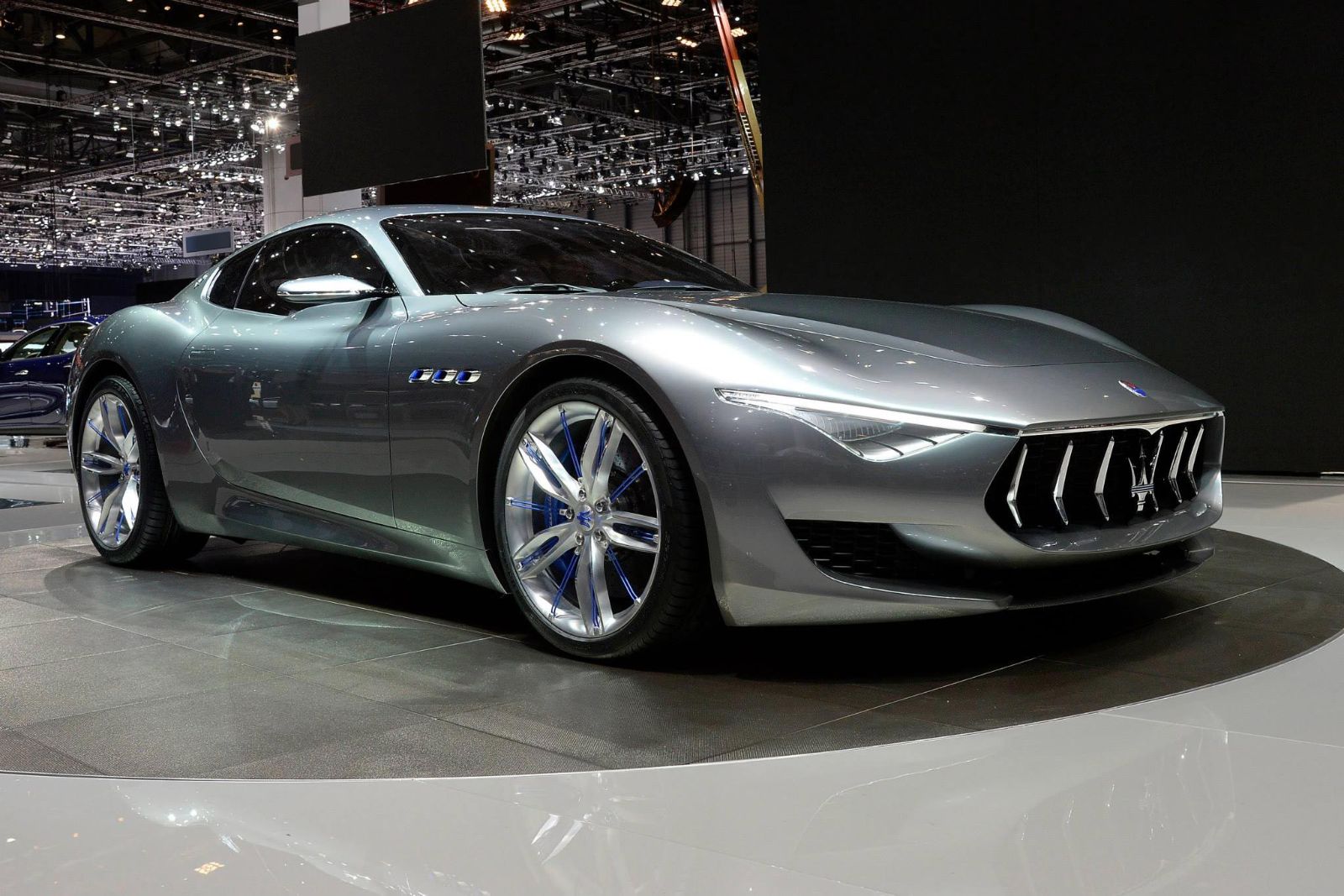 The Alfieri Concept Car is much more than just a name or a car; it is a tribute to Maserati’s past and a statement to the future of Maserati design.

The design is clean and simple- reducing complexity in a more compact and aggressive interpretation of the A6 GCS’s spirit. The body design includes a deep concave grille without the normal chrome surround, giving the illusion of a floating grille. The glass house area is clean and the rear corners of the concept car are cut back to make the car look lighter than it really is- a classic detail of the Italian design language.

The interior design is just “one line” with leather seats, dash, and center console. The gear lever and clock come from solid blocks of aluminum.  Although more than just a

modernized A6 GCS, there are design elements in which the link to the A6 is abundantly clear in the long front bumper line and the chamfered tail. But, the overall concept is like nothing seen from Maserati in a long time, reminding the world of the brand’s deep rooted racing heritage.

More Than A Name

The name Alfieri is much more than just a name- it is a symbol of Maserti’s Italian roots and celebration of their centennial in 2014.  Alfieri Maserati played a central role in founding and running the company it for its first 18 years.  Unfortunately, he died at the young age of 44, robbing him of the chance to be remembered among the auto industry’s most noteworthy talents.  Bearing his family name, it is only fitting that Maserati honored him and the company’s centennial with the unveiling of the Maserati Alfieri Concept Car at the 2014 Geneva Motor Show.