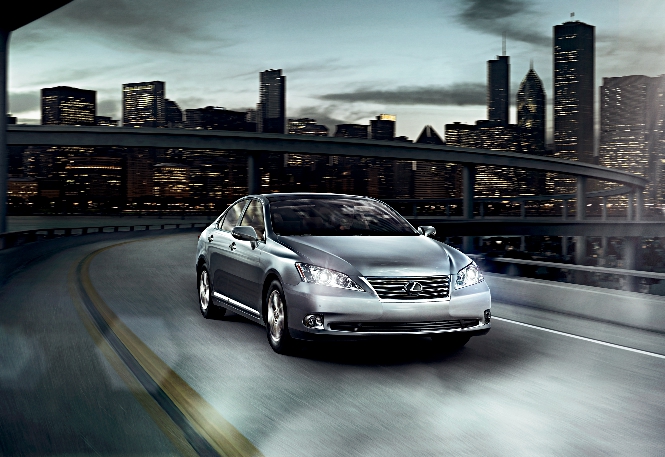 There’s more to the 2013 Lexus lineup than the new spindle grill: Nearly every model has been heavily revised, while the F Sport line has spread to include five models. With their reputation for comfort and unparalleled reliability secured, Lexus has their sights set on their sportier rivals.

Just because you need a small, efficient car doesn’t mean you have to forgo luxury. The CT200h combines a hybrid drivetrain with all the features expected from a Lexus. The result is a comfortable, agile hatchback that gets an EPA estimated 43 mpg in the city and 40 mpg on the highway.

New this year is the 200h F Sport. It keeps the same drivetrain and fuel efficiency as the standard car, but adds a different wheel/tire combo and a revised suspension for sharper handling.

This small sedan offers a nice compromise between performance and comfort, providing a top-notch interior and agile handling. Buyers can get either the 2.5 liter V6 equipped IS250 or the 3.5 liter V6 equipped IS350 without being forced to choose between equipment: The F Sport package can be added to either version letting buyers choose between better weight balance or better straight line performance, and all wheel drive is also available on both models.

Also, the C hardtop convertible is available with the F Sport package for the first time this year, and all models get the latest version of the Lexus Enform infotainment system.

The most popular sedan for the Lexus brand is moving onto a new platform that increases interior space; rear seat passengers will feel the biggest difference thanks to an additional four inches of legroom. The new exterior design not only updates the car’s looks, it reduces drag and increases high-speed stability. Joining the ES350 is the new ES300h hybrid. It combines a 2.5 liter four cylinder with an electric motor to provide excellent fuel economy.

The recently redesigned GS now has a solid lead in the mid-size luxury sports sedan segment. While new features like a massive 12.3 inch infotainment screen are nice, the real show-stopper is the car’s fantastic handling.

The F-Sport model adds the new Lexus Dynamic Handling System. A combination of rear wheel steering, variable ratio power steering and a retuned suspension gives the GS stellar handling right up to the limit without the “electronic nanny” feeling of other high tech cars. The result is a car that not only beats its German competitors on the track, but embarrasses many dedicated “sports cars”.

The GS450h hybrid is aimed squarely at the luxury end of the spectrum, combining the GS350’s V6 with electric power to provide fluid, effortless acceleration.

Lexus’ flagship sedan has been renowned for its refinement and reliability since its introduction twenty years ago. For the first time in the model’s history, the car is adding features to please those who like to drive as well as those who like to be driven.

For those who like to be driven, changes to the sound deadening and wheels make the cabin even quieter. Lexus Climate Concierge controls the air temperature and seat temperature for each passenger, as well as the steering wheel temperature for the driver. Buyers of the long wheelbase “L” version can get the Ottoman Seating Package that adds a Shiatsu-style massage system to the rear seats.

For drivers, the car gets a blind spot monitor and a system that can warn the driver of cross traffic while backing out of a parking space. Variable ratio power steering improves feel, while a new F Sport version finally gives buyers a sporty option. Both it and the standard LS 460 are available in regular and long wheelbase “L” versions.

The 600h L returns, combining a 5.0-liter V8 with an electric powertrain to provide V12 power without V12 fuel economy.

This year, the original luxury crossover gets a new power liftgate and an F Sport trim has been added to sharpen the RX’s handling. Like the LS600h L, the RX450h uses a hybrid powertrain to provide both improved performance and better fuel economy, yet both it and the RX350 provide class leading fuel economy, LED running lights and an updated dash

A combination of the Land Cruiser’s legendary off-road prowess and Lexus’ skill in building luxury combine to create one of the most capable, most luxurious SUVs on the market.

This year sees the addition of a new camera system that lets drivers navigate tight spaces, whether rock crawling or trying to find a parking space, while middle row passengers now have access to a 120-volt outlet. The Easy Access system moves the steering wheel and driver’s seat away from each other when the ignition is off, making it easier to get into and out of the vehicle.

Regardless of what model you fancy from the Lexus 2013 revamp, each has their strong points. If you want more information on the line-up be sure to visit your favorite Park Place Lexus in Plano and Grapevine to see one of our experts in excellence.