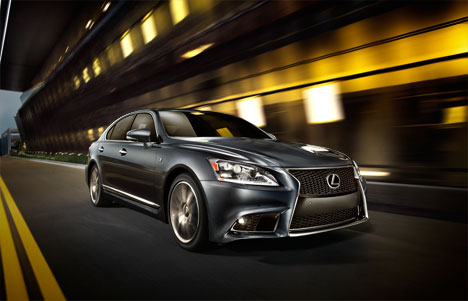 Each year, as a new Lexus LS is rolled-out, there is always something that manages to rouse those who have come to love the feel and effortless overall experience the flagship Lexus model has provided since the sedan’s initial offering in 1989. With the announcement of a significantly updated 2013 Lexus LS model, Lexus enthusiasts in the DFW area are in for a big treat.

Jordan Case, president of Park Place Lexus in Plano and Grapevine, had little problem getting to the core of what he felt was in need most for Lexus’ most prime of products.

“The design for the 2013 LS is exciting,” he said. “We wanted a younger, fresher feel and style, and that’s certainly what we have here throughout the entire line of LS cars.”

The considered contours of the car’s exterior will have those who are loyal to other luxury brands giving the new LS a second and a third look as they park next to one or pull up to its side at stop light. The body lines flow seamlessly into the striking new front spindle grill, which gives the LS a new, even more attractive face.
Those who have driven the LS sedan for years expect and deserve the elements many would term as luxuries. The LS was the world’s first prestige luxury hybrid, so it shouldn’t come as a shock to know the intelligent 438-hp Lexus Hybrid Drive comes through in an efficient and reliably smooth manner. Adding to the grand, sustainable standards the LS hybrid has set for itself; the 2013 model boasts an environmentally friendly bamboo-trimmed steering wheel and interior which functions in ways well beyond the aesthetic value it provides.

A modern, forward-moving design, and responsibly progressive components certainly make for an enjoyable driving experience. Add to those fundamentals, the optional Mark Levinson Premium Surround Sound Audio System, and this marvel of engineering isn’t only enjoyable, but downright remarkable. With 19 speakers and 450 watts of power, this concert-quality system will make Puccini more theatrical and shouting talk-show hosts far less shrill.

The better-than-most-home-stereos system only hints at the tech-savvy personality of the LS. In many cases, people help define themselves by the car they drive and the technology they use. The Lexus Enform App Suite takes wireless gadgetry to a level so new, it had to be custom-created by the folks at Lexus. Using a pristine 12.3-inch dashboard screen, one can enjoy their favorite Pandora station more easily than ever before. The same goes for many other popular apps such as OpenTable for making dining reservations for dinner in Plano, or MovieTickets.com to skip the line when you want to catch a show.

With so many one-of-a-kind features, the 2013 Lexus LS has proven that luxury standards, like technology, are always adapting and improving. Read more about the new LS in our 2013 Lexus LS model guide, or visit us at Park Place Lexus in Plano and Grapevine to see the new LS for yourself.