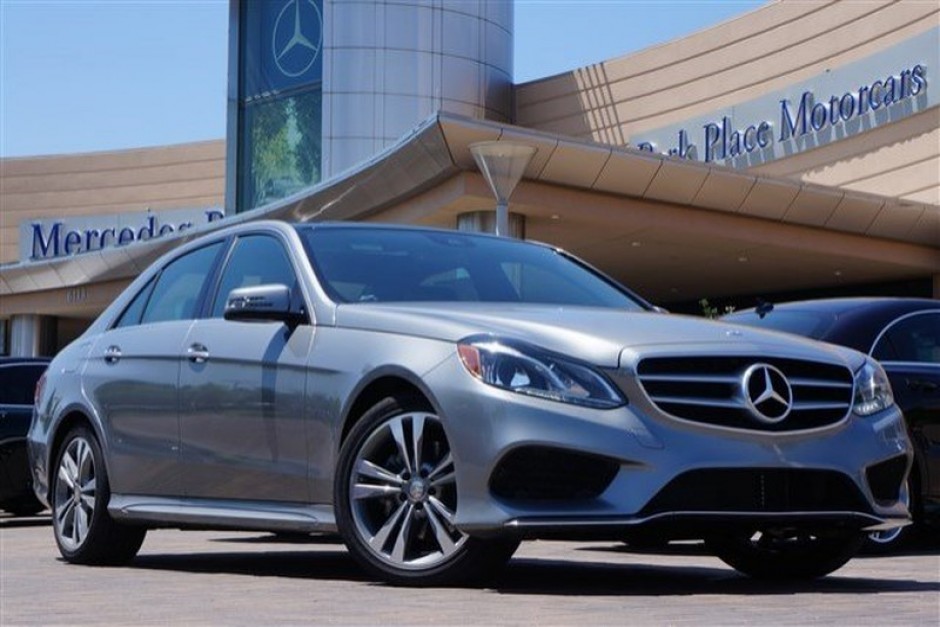 After being tested by the Insurance Institute for Highway Safety (IIHS), the 2014 Mercedes-Benz E-Class was added it to its relatively small list of cars that are rated as a Top Safety Pick+. Only one other Mercedes, ML-Class, has received the designation of being a Top Safety Pick+ designation. The IIHS points out that only cars built after January 2014 are considered a Top Safety Pick+ due to improvements made to better perform in the small overlap front test. The Mercedes-Benz E-Class earned a “Good” rating in the test, with the highest marks possible for head/neck, chest, and hip/thigh protection. To earn “+” designation, a car’s active front crash prevention system must also achieve a “basic,” “advanced,” or “superior” rating. With only a standard forward collision warning system, called Collision Prevention Assist, the E-Class earns a basic rating for front crash prevention. But, when equipped with the optional Pre-Safe Brake system, the E-Class earns a superior rating for front crash prevention. In the test the 2014 E-Class, when equipped with the optional Driver Assistance Package, grabbed the “superior” rating after earning the highest points possible for forward collision warning and low (12 mph) and high-speed (25 mph) auto brake.

The Insurance Institute for Highway Safety is revising its collision avoidance system rating for model year 2015 cars, requiring an “advanced” rating or higher in order to be considered a Top Safety Pick+. The 2014 Mercedes-Benz E-Class is the fourth large luxury car to earn the institute’s highest rating. To qualify for Top Safety Pick+ a vehicle must earn a good or acceptable rating for small overlap protection, a good rating in the Institute’s other four tests and a basic, advanced or superior rating for front crash prevention.