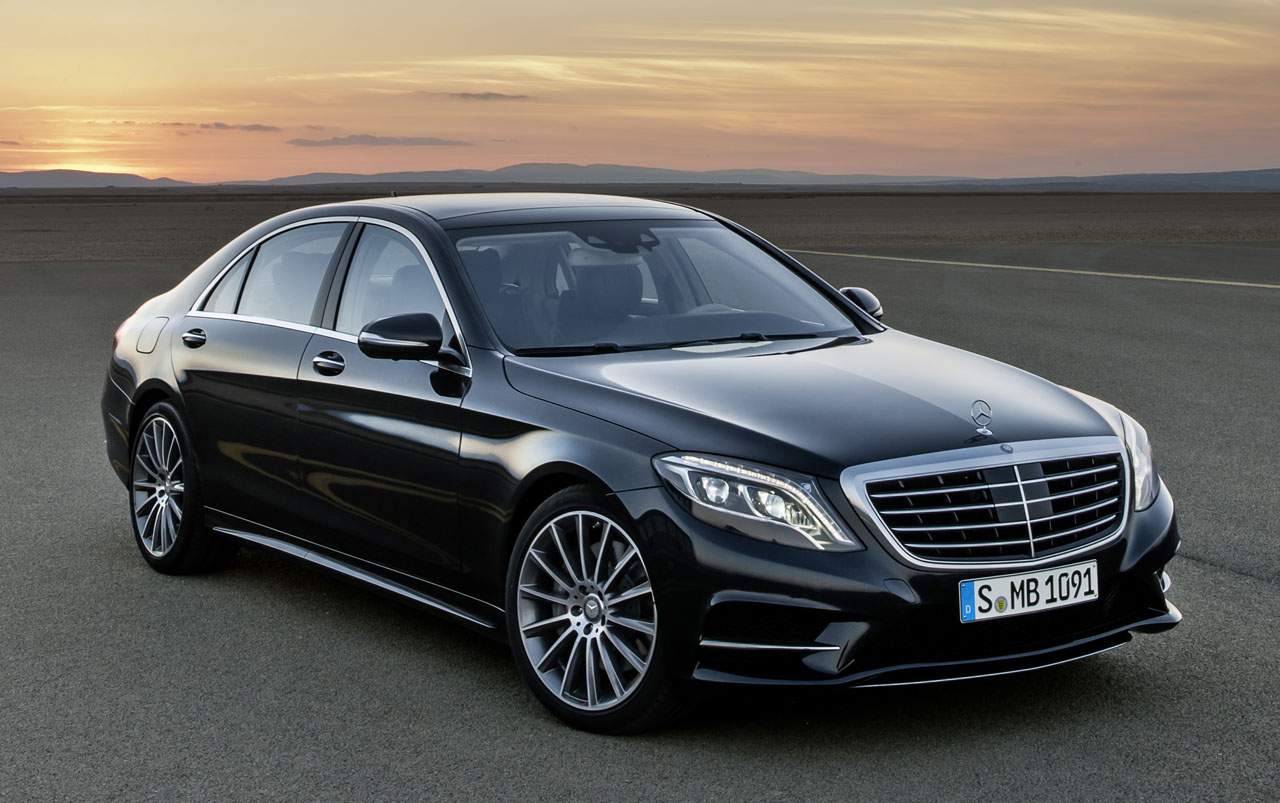 The upcoming 2014 Mercedes-Benz S-Class is gearing for its debut this fall, perfect for those who enjoy magic carpet rides, live in fear of assassination or have a pressing need for a spa on wheels. The all-new sixth generation of the Mercedes-Benz low-lying sedan, like its predecessors, is an astonishing achievement. There’s an S-Class vehicle for every kind of drivetrain preference, safety concern and essential creature comfort. Curious? We explain it all here. Want to be the first to know when it arrives? Please click here to visit our Park Place Motorcars website and let us know.

“S” is for safety and style

It sounds like a riddle: what can see like a human, sometimes doesn’t need a human, is well-lit without light bulbs, and comes with its own hot stone massage? A car whose length is determined by the needs of chauffeured elites, the debut of the 2014 S-Class promises models engineered to the millimeter for performance, connectivity and ride quality.

Mercedes Benz S-Class will begin its U.S. launch later this year, starting with the Mercedes-Benz S550 in September, followed shortly by the S550 4Matic in November. ‘4Matic’ is the term Mercedes-Benz uses to describe the specialized four-wheel-drive versions of its vehicles. As the core model of its class, the S550 interior pioneers a host of new features, from all-LED lighting to built-in seat massages modeled after ancient Ayurvedic stone treatments.

Also on board are award-winning safety mechanisms that protect passengers from inadvertent traffic accidents and allow semi-autonomous driving via digital sensing systems. An S-Class vehicle can keep its lane and maintain a consistent distance between your car and the one ahead of you. Automatic braking allows vehicles like the S550 to scan for obstacles as they appear and brake if they don’t move.

The S-Class is considered one of the safest automotive classes in the world—no surprise from the German manufacturer of cars for diplomats and leaders of over ninety nations. The S-Class experience approximates that of a private jet, albeit one that won’t leave the ground.

“S” is for smooth sailing

The S550 is accident-resistant, but what about its handling under ordinary conditions? While Mercedes-Benz’s Magic Body Control suspension technology isn’t a magic carpet, the ‘smart’ dampener system approximates the sort of fluid, frictionless motion you’d expect from an enchanted tapestry.

It’s just another way Mercedes strives to mute the noxious sources of mental and physical fatigue that plague passengers’ experience in lesser cars. If you would like to be among the first to test drive the upcoming 2014 Mercedes-Benz S-Class, please visit one of our Motorcars locations: Park Place Motorcars Dallas, Motorcars Grapevine, or Motorcars Fort Worth.