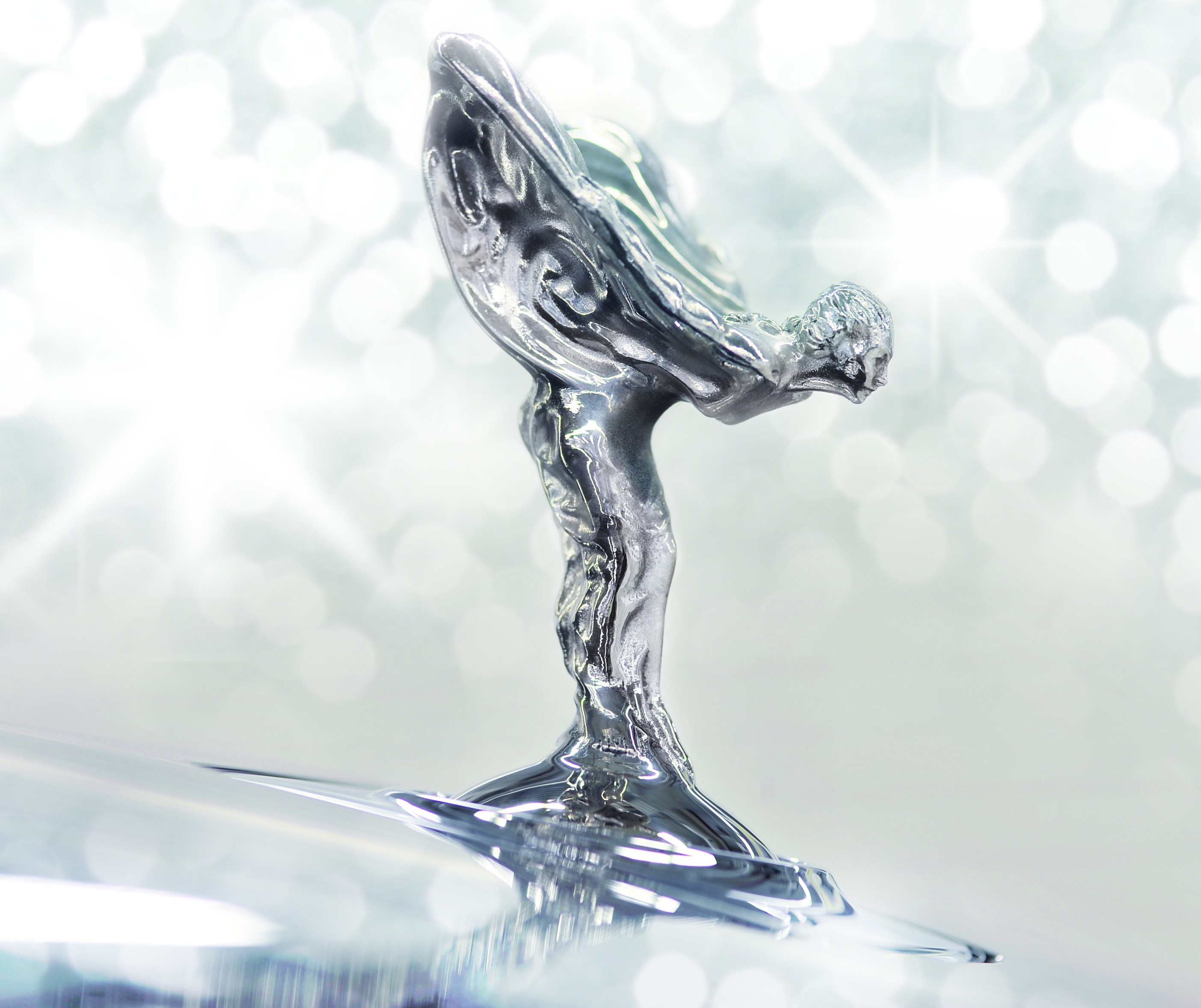 The story of a secret romance is embodied in the intriguing and mysterious woman known as Spirit of Ecstasy. The widely-recognized graceful beauty with flowing hair and cape, which adorns the hood of every Rolls-Royce, was inspired by a real woman.

Lady Eleanor Velasco Thornton was the secretary of car-enthusiast Lord Montagu of Beaulieu- who was also a friend of company co-founder Charles Stewart Rolls. Many speculate Lady Eleanor was more than just Lord Montagu’s secretary.

Legend has it that in 1911 Lord Montagu commissioned sculptor Charles Sykes to create a personal mascot for the hood of his Rolls-Royce Silver Ghost. The model for the hood ornament was none other than his love interest Lady Eleanor. The original figurine depicted Lady Eleanor in fluttering robes with her finger pressed against her lips- allegedly symbolic of the couple’s secret love affair.

The manufacturing process today takes days of work to perfect each Spirit of Ecstasy. The symbol of class and elegance starts out as a wax figurine; it’s then dipped into melted steel and polished by hand to make it Rolls-Royce ready. No attention to detail is missed, as it takes one week to make just one Spirit of Ecstasy.

The “flying lady” as she was called by some, underwent several changes over time, but the message still remains the same. The graceful goddess is still symbolic of luxury. To everyone at Rolls-Royce, the Spirit of Ecstasy stands for relentless pursuit of perfection that goes into every car they produce.

The story of Rolls-Royce and its iconic leading lady, will be featured on the big screen in 2016. Director Martin Scorcese is producing the film aptly titled “Silver Ghost.”

You can see the Spirit of Ecstasy in person at Park Place Rolls-Royce Motor Cars.