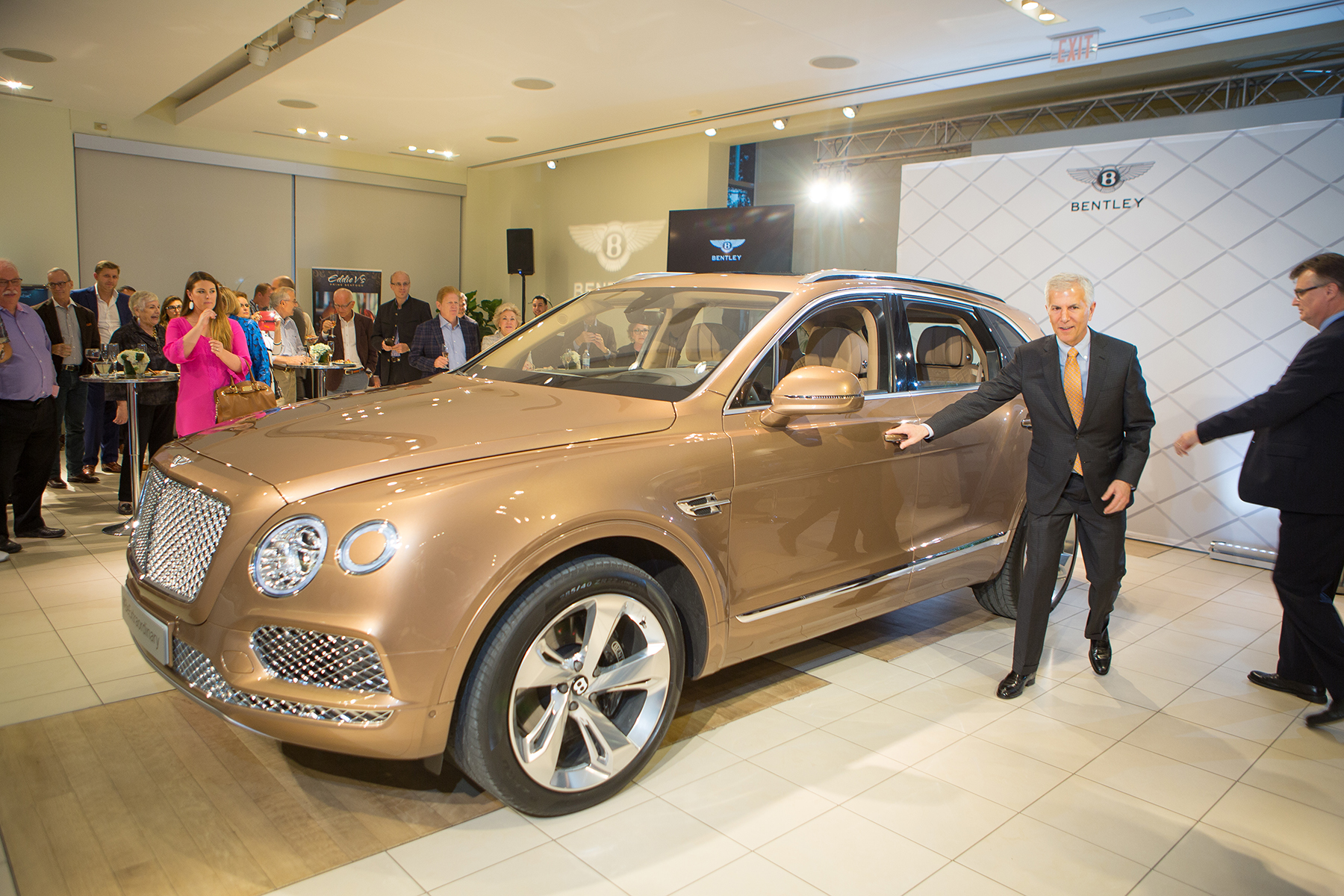 An air of excitement and anticipation filled the showroom at Bentley Dallas as guests awaited the unveiling of Bentley’s first ever SUV- the Bentley Bentayga. Draped with a large black cloth, the $229,000 ultra-luxury Bentley Bentayga drew a large crowd.

Guests surged forward for a chance to sit in the car and admire the fine details up close.

The Bentley Bentayga is the fastest, most powerful, and exclusive SUV in the world. And it’s clearly the most luxurious.

As with all Bentleys, the Bentayga will be handmade in Crewe, England, by third- and fourth-generation craftsmen who spend hours stitching, polishing, and refining to perfection the tiniest detail.

While the car comes with a choice of four or five seats covered in a choice of 15 different hues of leather, plus dozens of combinations of exotic woods and brushed metal and carbon fiber trim, the true beauty of a Bentley is the Bespoke program, which offers the ultimate in customization.

This was the first and only opportunity for North Texas to see the vehicle until the 2017 Bentayga hits the market next year.