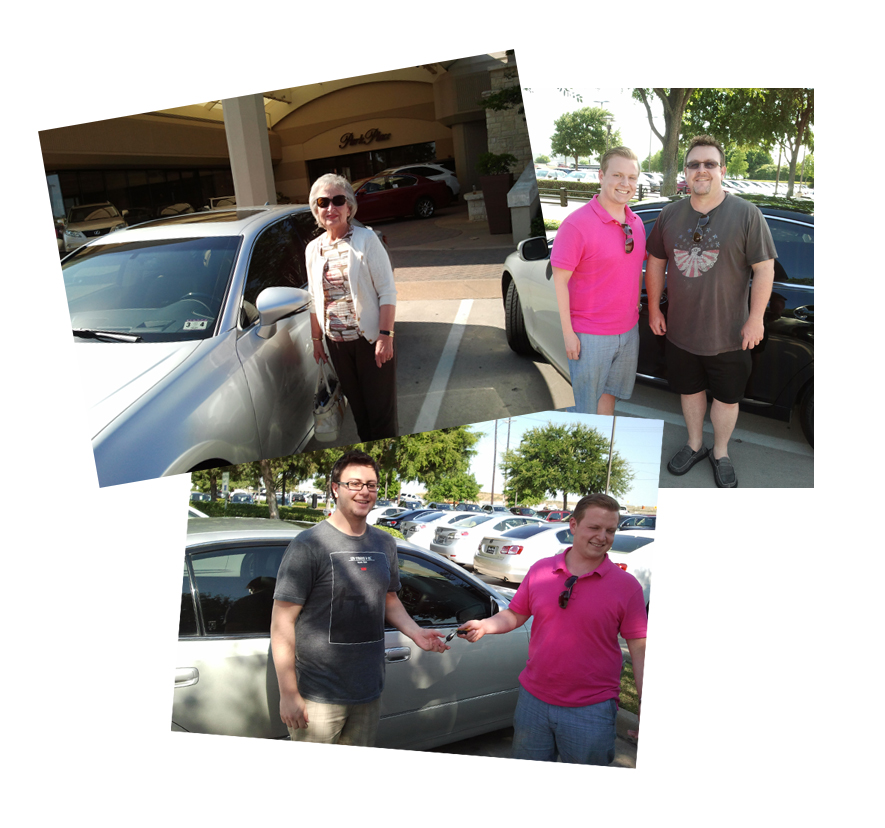 Everyone knows that at Park Place, we work hard to enhance the ownership experience. We do this by building lasting, meaningful relationships with our clients. Last week, Park Place Lexus Grapevine Sales Consultant Troy Griffin sold long-time client Billie Baird her 4th Lexus GS. Ms. Baird took delivery of her first brand-new GS in 2002, which a few years later she passed down to her son.  The second Lexus GS was a 2006 model year, which she passed down to her son; at which time, he passed the 2002 Lexus GS to his own son. The third Lexus GS was only 2 years ago, in 2010 which Ms. Baird passed down to her son, and he passed the 2006 to his son, and the 2002 was recycled again within the family. The fourth was the 2013 Lexus GS,  and of course – the passing down continues.

A special thanks to Ms. Baird and her family for being a part of the Park Place tradition of excellence, and for making Lexus a family tradition of their own.