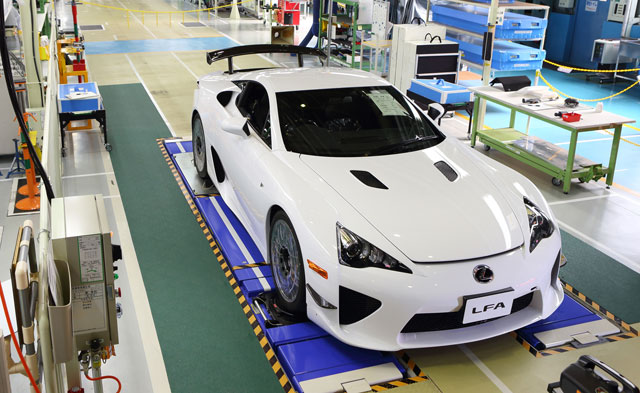 Originally slated for a run of 500, the final Lexus LFA has completed production in the LFA workshop, and will be on it’s way soon to it’s new owner, proudly wearing the LFA 500 badge.

The LFA marked a major shift in direction for Lexus, but the end of production does not mean the end of innovation. 2013 has shown many brilliant updates to the Lexus model line, and you can expect them to keep coming. Take quick look at concepts like the LF-LC and the LF-CC, and anyone can see that the future of innovation in Lexus cars is going to continue at an exciting pace.

According to Lexus, “Future Lexus vehicles will reflect the technological skills gained during the development and production of the LFA—in particular manufacturing know-how for carbon fiber reinforced plastic parts—as well as a philosophy of car design for delivering exhilarating and stimulating driving performance.”