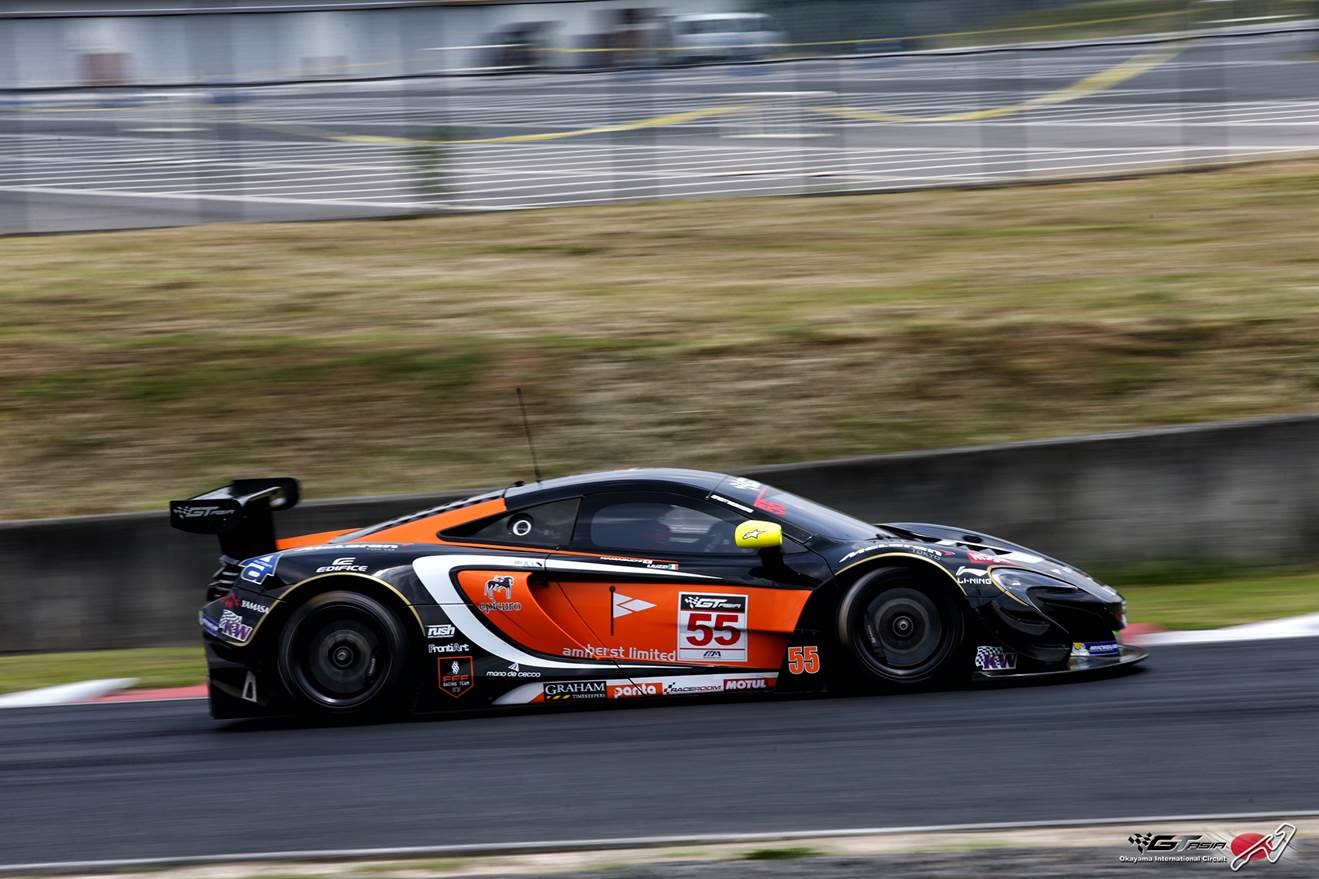 The McLaren 650S GT3 and the FFF Racing team by ACM continues the strong start to the season with a victory in the GT Asia championship.
Former Formula 1 driver Vitantonio Liuzzi (ITA) alongside former series race winner Hiroshi Hamaguchi (JPN) took victory at the Okayama circuit, Japan. The result marks the maiden win for the 650S GT3 in Asia, and the 11th for the Woking built racer in only its first season.

The FFF Racing team by ACM is making its debut in the GT Asia championship this season, running three examples of the McLaren 650S GT3.

The double-header race weekend saw FFF Racing team by ACM with strong pace in qualifying, before Liuzzi and Hamaguchi moved through the field and built up an insurmountable lead. The second race of the weekend was a close contest, and saw FFF Racing Team by ACM bring all three cars home with two in the top ten, as well as posting the fastest lap of the race.

“The 650S GT3 has made a strong start to its debut season in the European and North American championships, but to secure the first win in Asia is a fantastic result. It is particularly impressive for a newly established team, against a very competitive grid, in only the third round of the season. Congratulations to everyone in the FFF Racing team by ACM, and hopefully this is just the start of things to come.” Andrew Kirkaldy, Managing Director, McLaren GT.