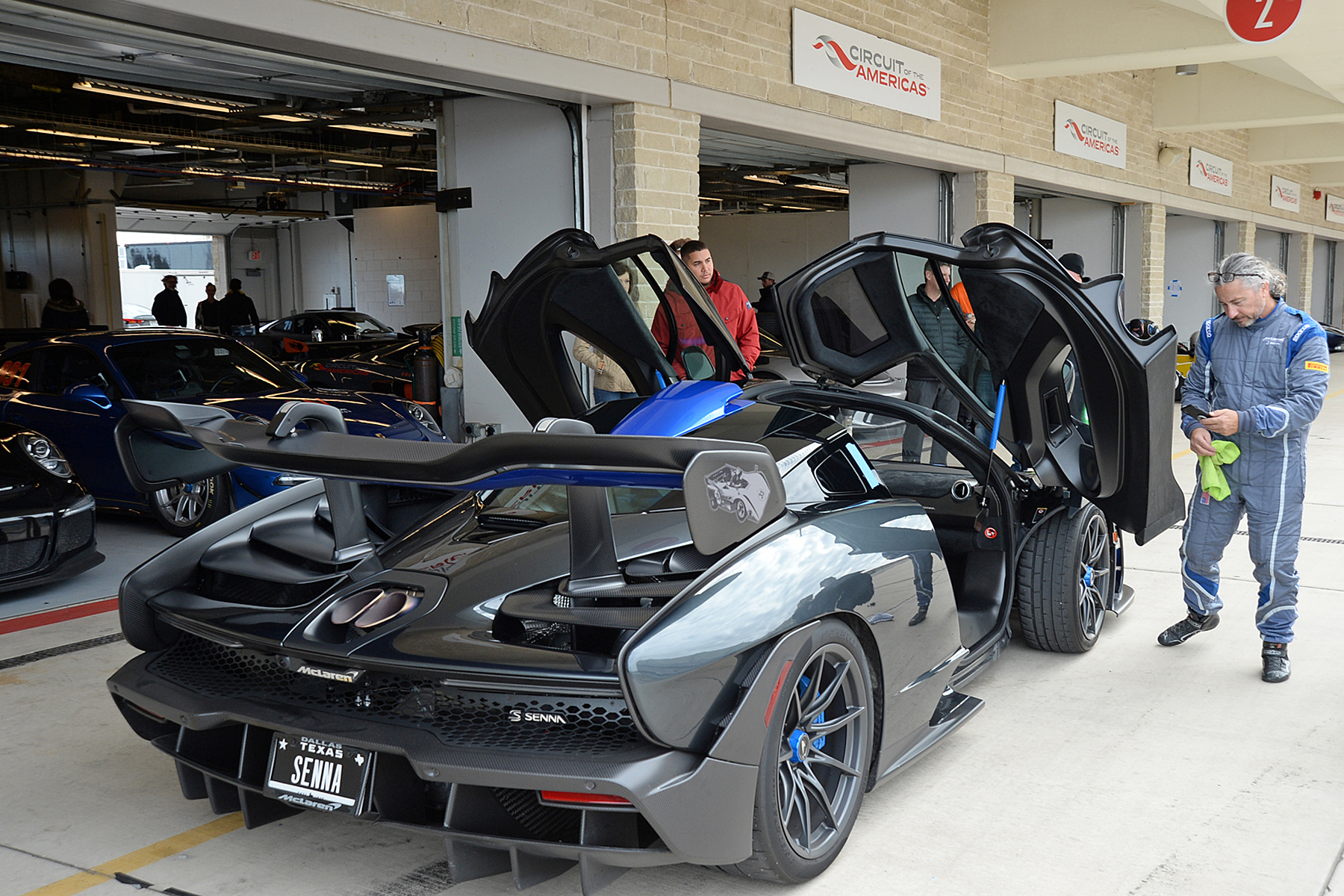 “I was born into cars,” says Snowhorn. “In 1970 my Dad picked me up from the hospital in an Aston-Martin DB5 Vantage – the James Bond car. My first car was a ‘bass boat blue’ Karmann Ghia with a white convertible top.”

Snowhorn is founder and Chief Strategy Officer of EdgeMicro, one of the most successful Edge Data Center companies in North America.

“My love of McLaren started when a friend of mine came to Dallas for a conference. I’d already been in his McLaren and had the lust for it. He said, ‘well let’s go down to the dealership,’ and he took me to McLaren Dallas. They let me have it for an hour test drive and I was ruined. I had to have it.”

The Senna is the most track-focused road car McLaren has ever built. It’s also the lightest. While it is street legal, it is “not sanitized to suit it,” according to McLaren’s website.

“I started with a 12C and went on and on. I bought lots of McLarens. The cars are amazing – that goes without saying. Other manufacturers also have great cars. But McLaren is family. From Tony Joseph, McLaren North America’s president, to the designers and engineers, the race team and the pit crew, they’re all approachable and accessible. I challenge you to find that with any other brand. That fabric is what makes McLaren so special.”

The Senna sports a mid-engine twin-turbo 4.0-liter V-8, sending 789 horsepower and 590 lb-ft of torque to the rear wheels via a seven-speed dual-clutch automatic transmission. That translates into a 0-to-60 time of 2.8 seconds… 100 mph in 5.1 seconds… but with an incredible aerodynamically designed down-force to keep the beautiful beast on the pavement.

While Snowhorn lives in Austin, he’s quick to tell you McLaren Dallas is “his place.”

“This is my original dealer. Everyone here has always been so incredibly supportive. When I need something, it’s taken care of right away. It’s sort of an extension of the corporate McLaren family I mentioned earlier. McLaren Dallas is like home.”