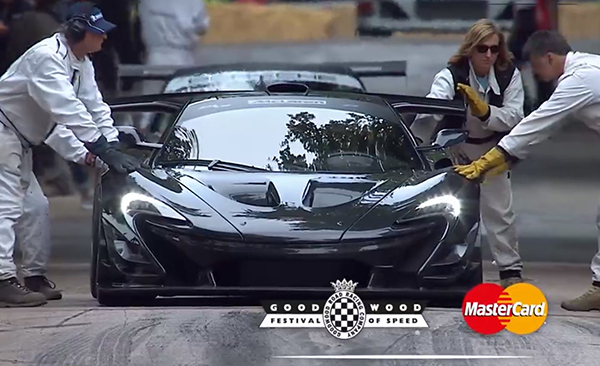 McLaren’s P1 GTR is the fastest hypercar made by McLaren yet it can’t be driven on the road, limiting its use significantly. To combat this problem, McLaren released another vehicle similar to their GTR this past weekend at Goodwood Festival of Speed. The new McLaren P1 LM is packed with the power and the capabilities of vehicles that are street illegal yet its new design by Lanzante has deemed it legal for use on the roads. After stripping almost 60kg of weight from the original GTR and making some modifications to the structure and material used to build the car, Lanzante was able to build a beast of a car. The engine inside the LM remains unchanged from the GTR as the 3.8L twin-turbocharged V8 and electric motor produces over 987 horsepower. With regards to the interior, only a few changes were made one of which included the new Alcantara-trimmed steering wheel, which also appeared in the F1 car Lewis Hamilton drove to the Formula-1 world title in 2008. The car also comes equipped with standard air-conditioning which may come as no surprise for a car priced in the seven figures. In total, five McLaren P1 LM’s will be made in addition to the grey model debuted at the Goodwood Festival of Speed. The remaining four will be painted in McLaren’s signature orange color.