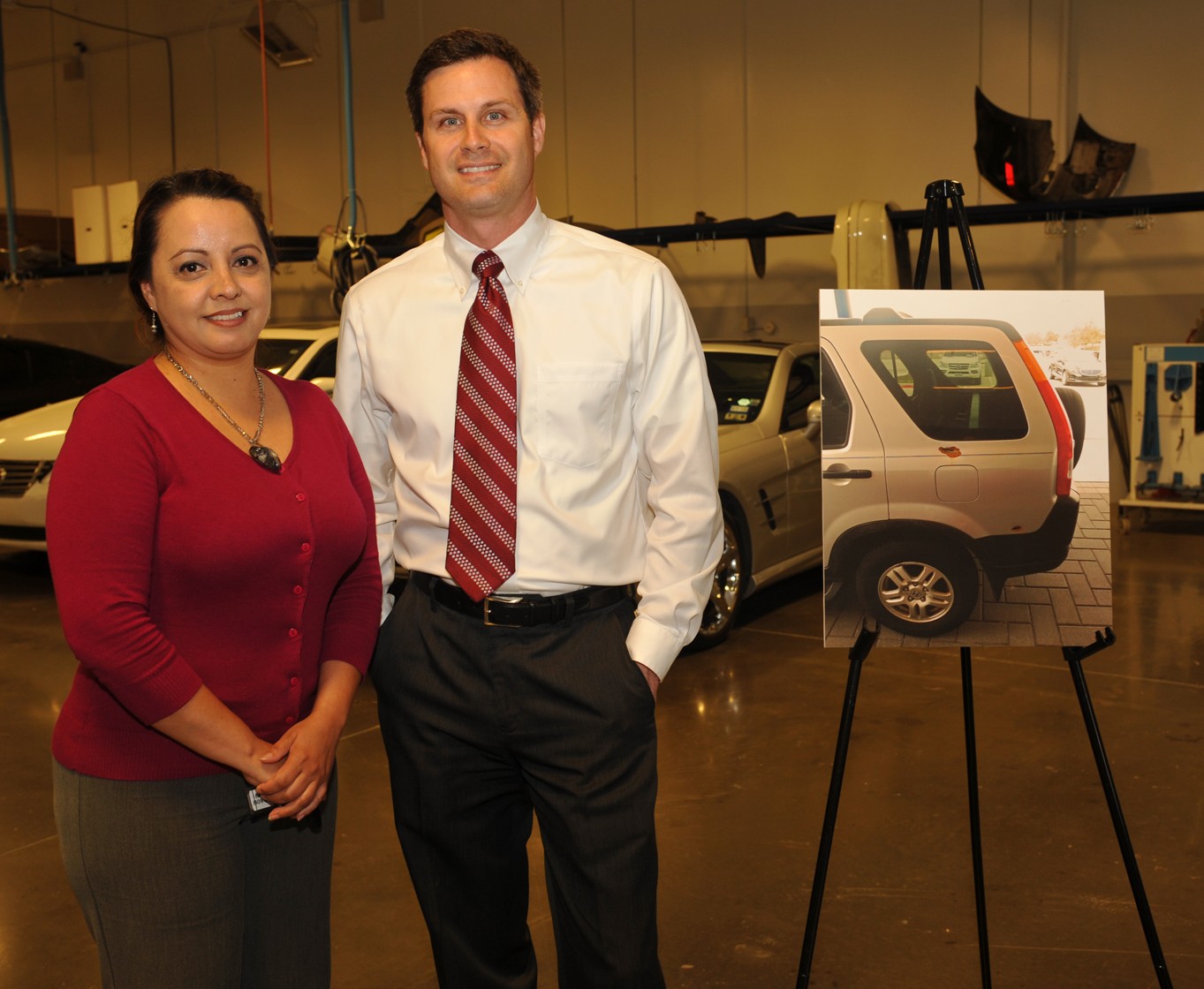 An innocent bystander caught in a police shoot-out in Lewisville, Erica Montes was lucky to get out alive; her Honda CR-V however, sustained a lot of damage. Adding insult to injury, her claim for repairs was denied.

After several months of back-and-forth with the insurance company, Ms. Montes came to terms with her SUV being riddled with bullet holes.

What she didn’t know is that her story caught the attention of Park Place Motorcars Fort Worth- General Manager, George Johnson, and things were about to get a lot better.

Mr. Johnson reached out to the manager of Park Place BodyWerks Fort Worth, David Norris, who invited Erica to stop by the body shop for the necessary repairs; oh and those repairs…they’re on the house.

Having been through so much, Montes was thrilled with the offer and knowing that her car will be restored.

In 2-weeks, Park Place BodyWerks fixed the damage from the shoot-out, but that’s not all they did.

Having taken panels and bumpers off, the body shop technicians noticed several other bumps and bruises on the CR-V that needed to be fixed or tended to. They fixed and replaced a laundry-list of small items that made a big difference. The icing on the cake- a complete detail and a full tank of gas; also compliments of Park Place BodyWerks.

When Erica came to pick-up her CR-V, it was unrecognizable.

It was no longer the dull silver SUV with rusty bullet holes she dropped off just 2-weeks ago, it was whole again and shiny.

There was more than a car restored that day. Montes’ smile was back on her face and that put a smile on ours!