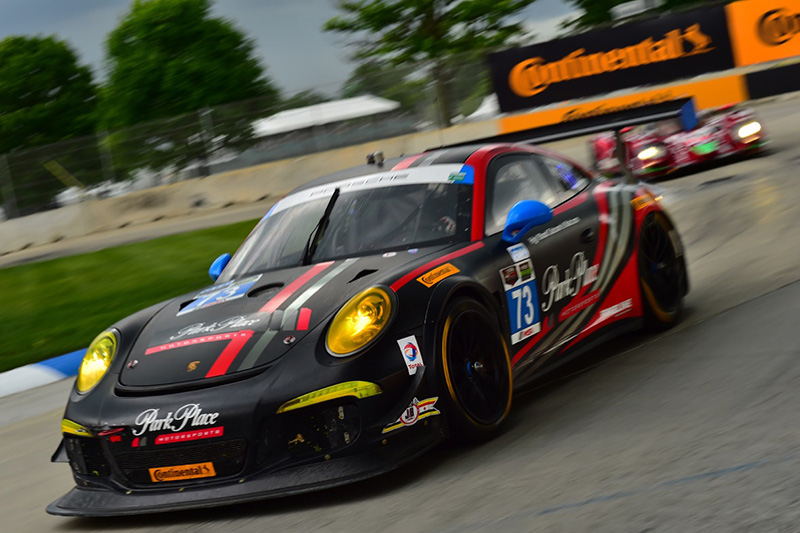 Following an impressive run that has seen the team earn a victory and a top-five in successive races, Park Place Motorsports drivers Patrick Lindsey and Spencer Pumpelly will head to this weekend’s Sahlen’s Six Hours at the Glen in pursuit of victory in their sleek Porsche 911 GT3. Currently sitting sixth in the TUDOR United SportsCar Championship GT Daytona standings, the team knows it must achieve maximum points as the season nears its halfway mark.

“The Six Hours of the Glen is always a big challenge. With such a high speed circuit you’re pushing at the absolute maximum the whole time, but we feel as prepared as ever,” stated Park Place Motorsport driver and team principal Patrick Lindsey. “At Laguna Seca we proved that we had an unbeatable pace, and this track should reward a similar setup and approach. With Spencer on board we have a great shot at it, I’m looking forward to the weekend.”

While many teams will run a three-driver line up for the six-hour event,  Lindsey and Pumpelly have elected to keep the lineup to just them.

Spencer Pumpelly, a former winner of this event, looks forward to the challenge ahead.

“A two-driver lineup should hopefully give us an advantage this weekend,” stated Pumpelly. “Each practice session is only an hour, and with Patrick being as quick and as fit as he is, there’s no need for us to add to the mix. Anything can happen, but we’re well prepared and this has historically been a good Porsche track, so we’ll see what happens come Sunday.”