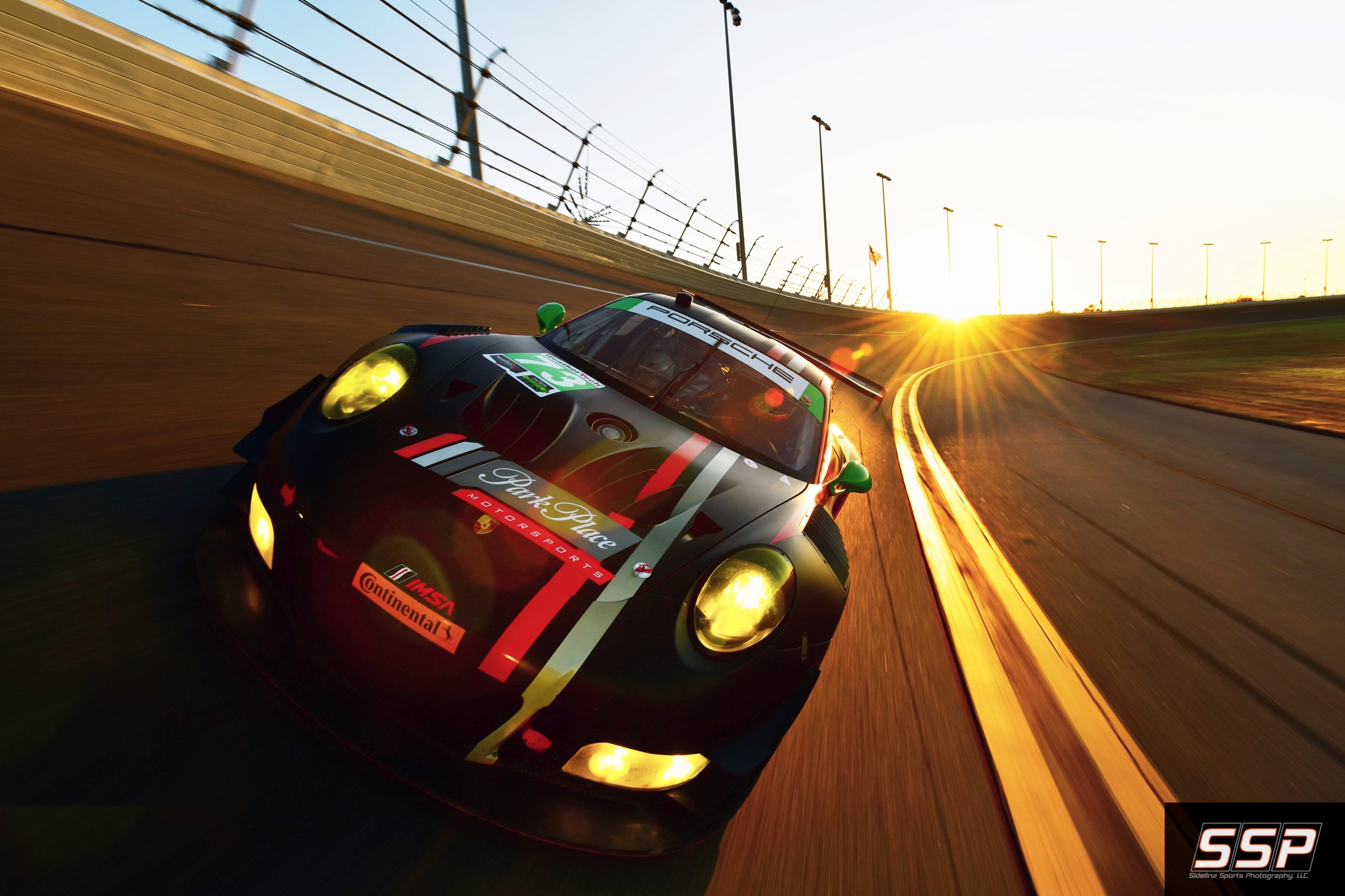 Park Place Motorsports (Park Place Racing) are gearing up for another race weekend in Florida come March: the Super Sebring.  As their sponsor (and might we suggest their number one fan too), we thought it appropriate to share some of their race lingo so that all Park Place members, especially those new to the racing circuit, can expertly cheer on their very own Motorsports team.

First Off, the Cars:

IMSA MICHELIN Pilot Challenge GS: The No. 7 is referred to as the No. 7 VOLT Lighting Porsche.

Safety Car: Also known as a pace car, it is a car which limits the speed of competing cars on a racetrack in the case of a caution period such as an obstruction on the track or bad weather.

Pitlane: Pitlane is an access road for getting on and off the track usually parallel to the front straight. Teams are each granted a spot on the pitlane used to service the car during a pitstop.

Paddock: A large open area here the team sets up their workspace. The paddock houses everything from the sanctioning body trailers to hospitality areas.

Technical Inspection (Tech): Tech is located in the paddock and run by the sanctioning body. Each car mush go through this inspection in order to make sure

Pass Around: Always performed under a full course caution, a pass around is awarded to cars not on the lead lap. It allows them to drive around the field and the safety car, gaining back one single lap.

Pit Stop: When a car enters the pitlane to be serviced. This includes taking on fuel, changing the tires or changing the driver. Multiple pit stops will be performed throughout the race.

Debrief: Following a driver’s stint they will all with the engineer to discuss the car. This includes talking about how the car performs on track, track conditions, and possible changes they feel should be made.

Morning Warm-Up: A 20-minute practice the morning before a race. This allows the drivers and teams to test out any last-minute changes and to get acquainted to that days track conditions.

Qualifying: A 15-minute session in which drivers compete to see who can achieve the fastest. This determines where the drivers will start the race from.

Kinds of Flags (and What They Mean):

Green Flag: Signals the start of the race or a restart.

Full Course Yellow (FCY): Signals an incident on course. Cars must assume safety car speed and fall in line behind the safety car. Competitors may not race or pass for position under a FCY.

Local Yellow: Signals a minor incident or piece of debris on course. Cars must only reduce speed through the turn in which the flag is flown. Upon exiting the turn, they may resume full speed racing.

Rolled up Black Flag: Signals an issue related to you or your car. This represents a warning. If you do not correct the issue you will be issued a penalty.

Black Flag: Signals you are receiving a penalty and should head to the pits. This is issued in accordance following a rolled up black flag.

Red Flag: Signals for all cars to assume safety car speed and head into the pits. A red flag stops the race, but does not stop the running clock. Red flags are most often thrown for weather conditions or severe on-track incidents.

Checkered Flag: Signals the end of the race.

Hopefully this helps you prep for the Super Sebring races mid March. If we missed any terms or you have any questions, send them to social@10.2.54.33. We’ll get our experts (like Team Principal, Patrick Lindsey) to help us respond.