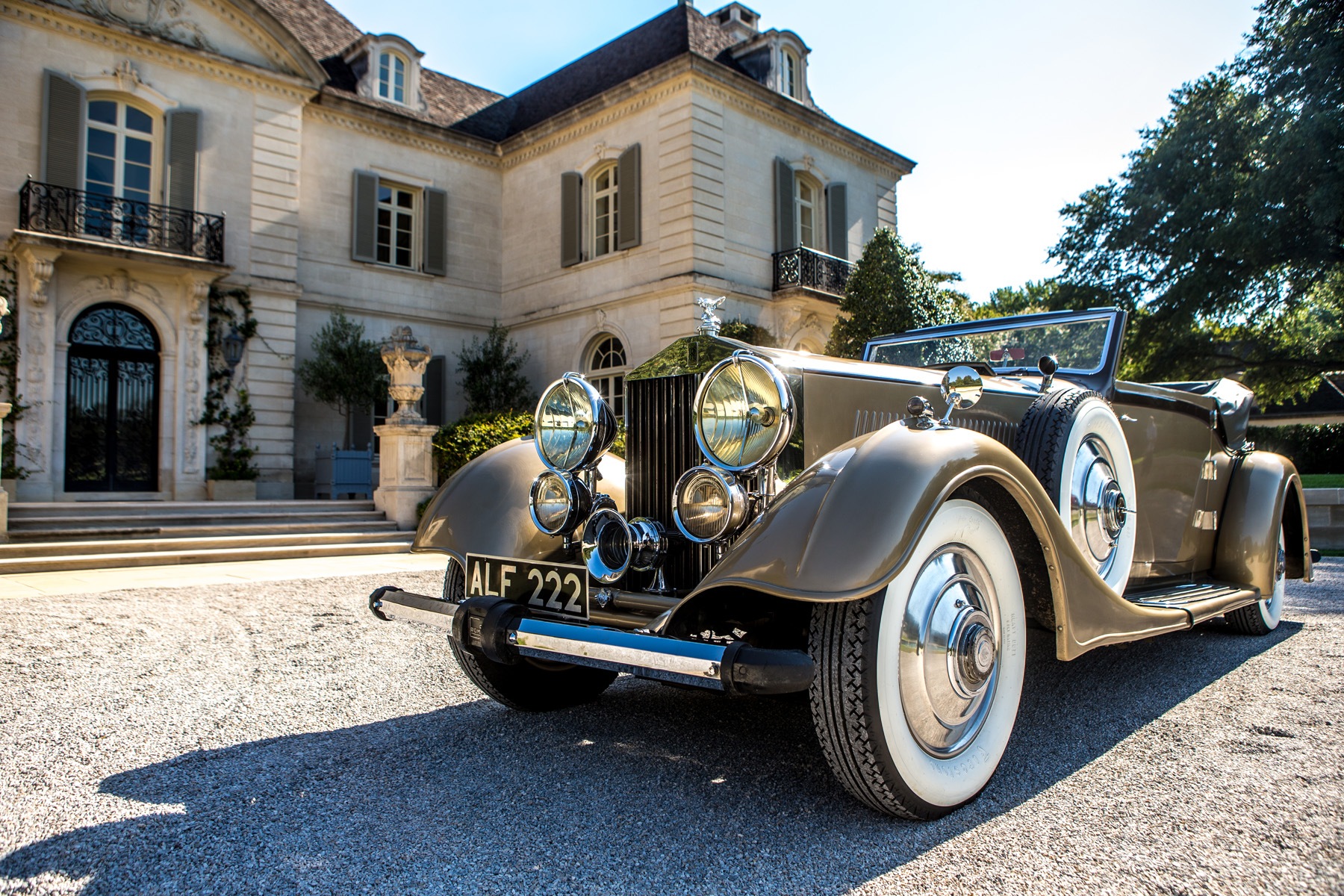 There’s a story behind each of the 150 unique cars in the Collectors Concours at the 2nd Annual Park Place Luxury & Supercar Showcase to be held 10 am – 4 pm Saturday, October 13 at the Four Seasons Resort and Club Dallas at Las Colinas. Perhaps none more romantic, or ultimately as tragic, than the story behind the 1933 Rolls-Royce Phantom II Continental built for Barbara Woolworth Hutton, one of the wealthiest women in the world at the time.

At age 12 Hutton had inherited the Woolworth 5 & 10 fortune from her grandfather and a large share of the E.F. Hutton brokerage firm from her father, one of the co-founders. Built during the Great Depression, the luxurious carriage was the most expensive car built at the time. She gave the car to her fiancé Prince Alexis Mdivani of Georgia (now Russia) as an engagement gift. Since the Prince was a pilot, Hutton had the instrument panel designed like an airplane cockpit, including the installation of an altimeter in the dashboard.

The happy newlyweds drove the car throughout Europe on their honeymoon in the summer of 1933. But apparently, the marriage wasn’t built on as strong a foundation as the car. Hutton divorced the Prince in May of 1935. Several months later, Prince Mdivani was driving the car at a very high rate of speed (reportedly over 80 mph) on a country road in France when he crashed and died. Although badly damaged, the car was returned to Rolls-Royce where it was completely restored. The current owner, Fred Cornwall of Dallas, is only the eighth owner of the historic car.

“The chance to see this magnificent car in person is truly a special opportunity,” said Liz Shafton, senior marketing manager at Park Place Dealerships and chair of the event. “I was fortunate to see this splendid jewel recently at the Crespi Estate in Dallas. She will take your breath away.”

A panel of experienced judges will select the Best of Show, Chairman’s Choice, and a Salesmanship Club Choice winner. Each of the three top award winners will be presented with a hand-crafted sculpture, created by Dallas artist Brad Oldham, best known for his Traveling Man sculptures in Deep Ellum.

“Brad Oldham Sculpture and Park Place Dealerships have enjoyed a long relationship,” said Christy Coltrin, Brad Oldham’s business partner. “We both have a commitment to design, quality and artistry. The “Spirit of Park Place” award is meant to invoke iconic imagery of speed and flight.”

Tickets for the Park Place Luxury & Supercar Showcase, which sold out in its inaugural year, range from $25 – $50 for general admission and $100 for VIP All Access, which includes complimentary tastings and beverages by area restaurants. Tickets are available online at LuxurySupercarShowcase.com.

Park Place will feature all of their luxury and exotic brands and even a few rarely seen new cars. Guests will be among the first in Texas to see the new Rolls-Royce Cullinan luxury SUV, as well as the new McLaren Senna, an ultra-luxury Mercedes-Maybach and the Lexus LFA, one of only 50 of the 500 hand-assembled vehicles with the Nürburgring package.

The luxury lifestyle event benefits the Momentous Institute, owned and operated by the Salesmanship Club of Dallas since 1920, which is committed to building and repairing social and emotional health for children. Each year, the organization serves more than 6,000 children and family members through its nationally acclaimed Momentous School and innovative Therapeutic Services.

“The Luxury & Supercar Showcase is a celebration of fashion, food, music, and of course, amazing automobiles,” explained Shafton. “Highland Park Village will present a runway fashion show produced by Jan Strimple. There will be live entertainment throughout the day. And the Kids’ Zone will have a 60-foot downhill Hot Wheels track and a life-size McLaren 720S made entirely of LEGOs.”