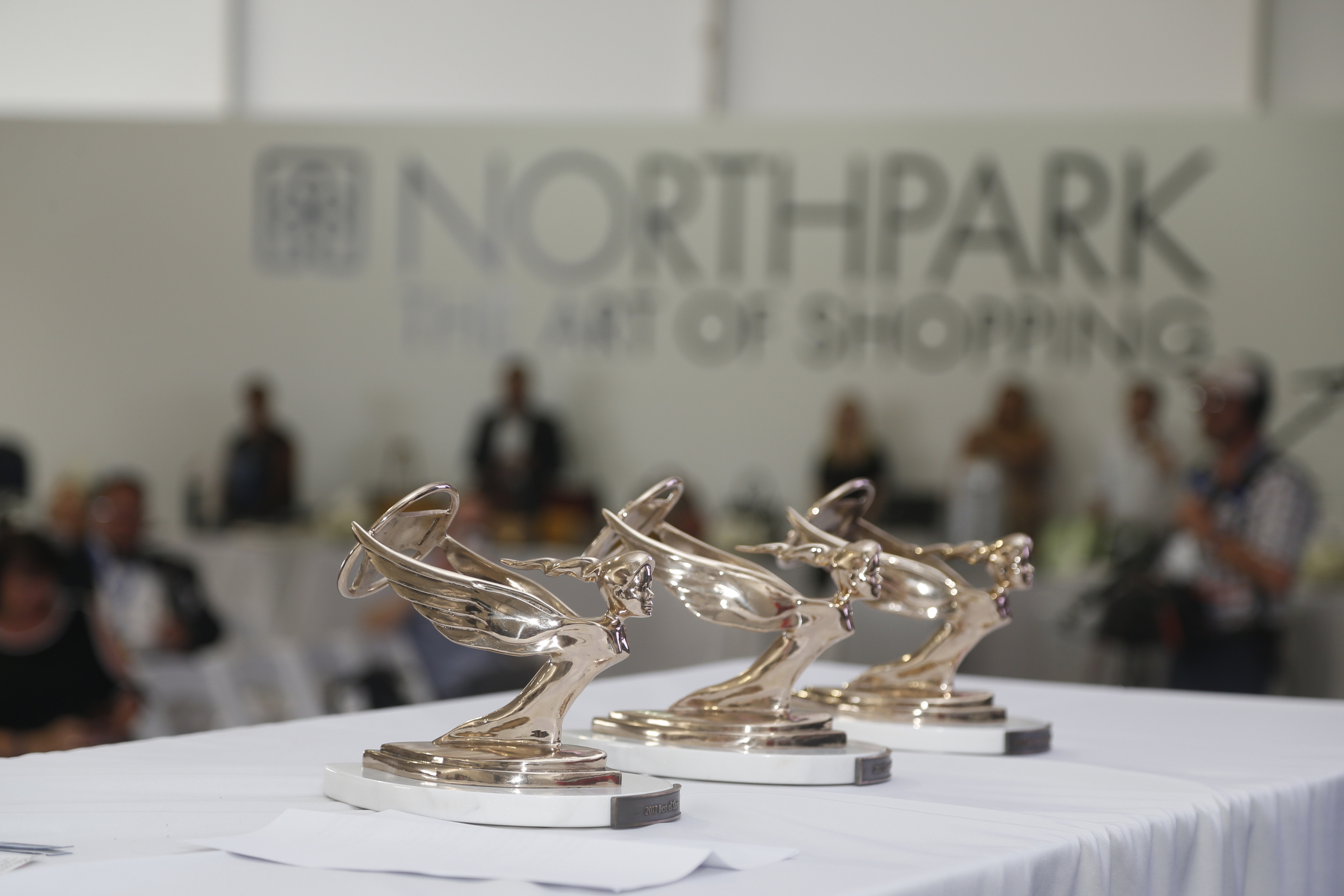 The Inaugural Park Place Luxury & Supercar Showcase and Park Place’s 30-year celebration is over, yet we cannot help but smile with gratitude for the accomplishments and memories created on September 9th.  2,750 ladies and gentleman of all ages dressed to the nines in their take on ‘concours casual’ wear, accenting the rolling hills of the Four Seasons Resort and Club Dallas at Las Colinas with brilliant hues, statement hats, and luxurious fabrics.

Of course, the star (or should we say stars) of the show were the 134 vehicles, valued at roughly 50 million dollars, on display from Collectors and our own Park Place Dealerships. At this years event, there were four categories: vintage, classic, contemporary, and exotic/supercar.  100 vehicles and their Collectors were competing to see if their days, hours, and years of hard work and dedication would win them the distinction of either Best in Class, Chairman’s Choice, Salesmanship Club Award, and Best in Show in the showcase’s inaugural year.

Park Place also featured some of their very own showroom vehicles, allowing show-goers the rare opportunity to interact with some of the most powerful, reliable, and show stopping vehicles in the world from brands such as Lotus, Bentley, Mercedes, Volvo, Porsche, Range Rover, Lexus, and Bugatti. The Park Place Luxury & Supercar Showcase attendees received an exclusive look at the 2018 Rolls-Royce Phantom, which made Dallas,TX, its priority stop after unveiling at Pebble Beach the week before.  The McLaren 720s Velocity, featuring a 100% bespoke design and MSO paint job, also made a bold statement with its two pearlescent hues of red and carbon fiber parts amongst the ranks of its high-performance counterparts.

As attendees made their way to the Porsche Pavilion to enjoy sensational bites from Cool River Café, Dallas Chop House Burger, Dallas Fish Market, and Outlaw Taproom, they were met face to face with the grill of the rare 1938 Bugatti 57C Atalante that escaped demolition during Mussolini’s war effort by being smuggled across the border in boxes under the cover of darkness. John Ridings Lee, winner of the Chairman’s Choice Award, and owner of this piece of history shared his story – telling us that he found the boxes and dedicated years of his life to personally restore this piece of automotive history. Sitting next to its vintage ancestor, was the powerful Bugatti Veyron, and the newest member of the family, the three million dollar, Chiron, was based across the Concours with the rest of the supercar line up from the Park Place Premier Collection.

Highlighting the private collection cars was a 1925 Rolls-Royce Silver Ghost, ’54 Jaguar Xk120SE, ’57 Chevrolet Bel Air convertible, ’71 DeTomaso Pantera, a one of a kind ’99 BMW M Roadster, and 2009 Koenigsegg CCXR which hosted the attention of showgoers and fellow collectors alike. The rolling hills adjacent to the Four Seasons Resort and Club Dallas at Las Colinas were transformed into a spectacle of timeless luxury for the 2,750 attendees of this first-time event.

In 1987, Ken Schnitzer founded Park Place Dealerships– and 30 years later, we celebrated success, heritage, and our commitment community with an unparalleled lineup of super luxury vehicles and a $30,000 donation to the Momentous Institute of Dallas. Owned and operated by the Salesmanship Club of Dallas since 1920, the Momentous Institute is committed to repairing and building social, emotional health for all children so that they can achieve their full potential.

The expectations were high, and Park Place Dealerships in accordance with the Four Seasons Resort and Club Dallas Las Colinas, delivered what some young enthusiasts dubbed a ‘once in a lifetime experience’ not like any other in the Dallas-Fort Worth area.  We are pleased to share that plans for a 2018 show are underway, and collectors, vendors, and Park Place members could not be more excited to have the to opportunity cruise down the Luxury & Supercar Showcase road once again.

Thank you for sharing in the experience, and for taking part in an exceptional memory 30 years in the making.