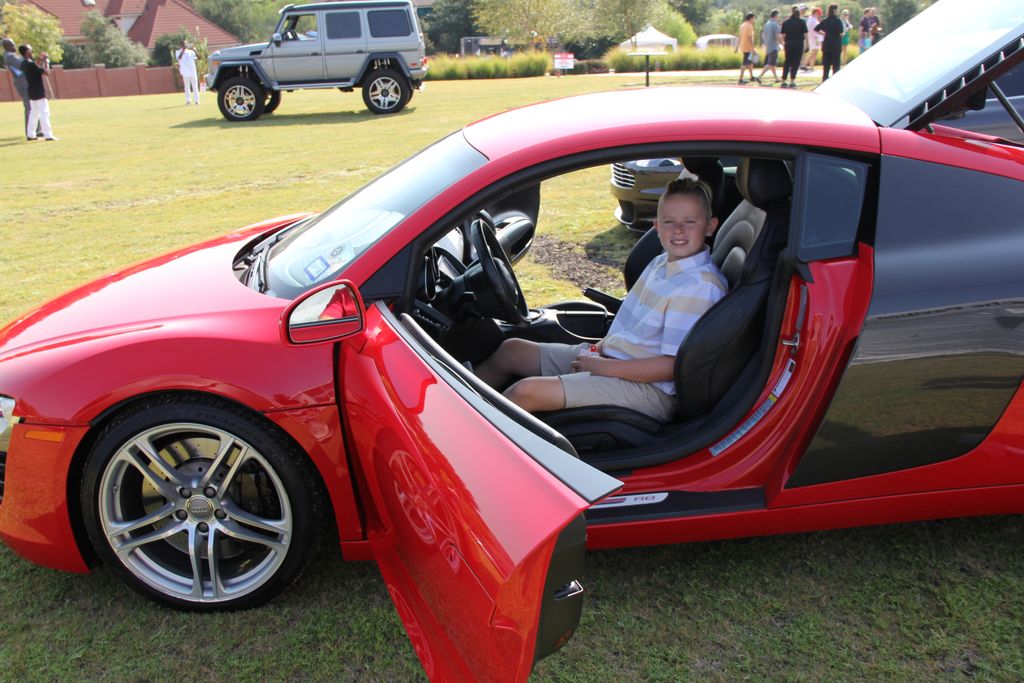 The Park Place Luxury & Supercar Showcase attracted 2,750 car and luxury lifestyle enthusiasts from around the country. From the Kid Concours featuring a show case of mini, battery powered McLarens and Bentleys, luxurious bites and drink, to the rows of collector’s showcasing their vintage, classic, modern, and exotic vehicles, the Park Place Luxury & Supercar Showcase was an event for all ages to enjoy.

The inaugural event was also an opportunity for the various generations of car enthusiasts to converse and exchange ideas, stories, tips, and of course, luxury car ownership dreams. For some, this was an opportunity to see a bounty of pretty awesome vehicles in one location, for others- especially our pint-sized car enthusiasts- the Luxury & Supercar showcase was an opportunity to interact with cars they’ve only seen on TV, featured in a movie, or written about in an article, and further rev their inspiration to one day purchase and drive their very own.

Prior to the showcase, Park Place Dealerships requested clients and others who have had a Park Place experience to share why Park Place was their place, for an opportunity to attend the inaugural event.  The winning story, shared by Robert Green of Broken Arrow, Oklahoma, read:

“My son loves cars. We drove down for his birthday just to see your cars. He loved every minute of it and thank you for making his day.”

Robert’s son, Gavin, could not have been more excited for the chance to see an even larger lineup of exotic vehicles first hand, choosing to sacrifice his first soccer game of the season to claim his ticket. Even his soccer coach was ecstatic for Cade to have this opportunity, providing his blessing to miss the first game of the season for what he declared a “once in a lifetime opportunity.”

After consulting with the Park Place team, Robert even took Cade shopping to find the perfect “concours casual” outfit, which was expertly fashioned head to toe.  The morning of the event, this father and son pair arrived promptly to get the first look- and Cade’s enthusiasm was contagious. “He loves exotic cars, and dreams of owning one someday,” said Robert, “My favorite part of this whole experience was watching him smile and listening to him talk about all the cars how rare some of them are.”

The highlights of the show? Robert’s favorite feature vehicle was the Bugatti Veyron, which sat adjacent to a 1938 vintage Bugatti. As an added bonus, he was able to snap with Richard Rawlings, founder of Gas Monkey Garage and personality on the show Fast N’ Loud.

For Cade, his favorite memory was to see the McLaren 720 S up close and personal. As we look to the future of this event, it is no doubt this is not the last we have seen of Cade Green. Thanks to his passion for exotic autos, his father’s support,  and fervent determination to fulfill his dream of owning his very own McLaren, there’s a good chance we might see Cade on the conours as a collector in the future.

Do you have a story from the Supercar Showcase you’d like to share? Visit us at www.YourParkPlace.com, and scroll to the bottom of the home page. Fill out the Your Story form and submit a photo for an opportunity to be featured on the website.