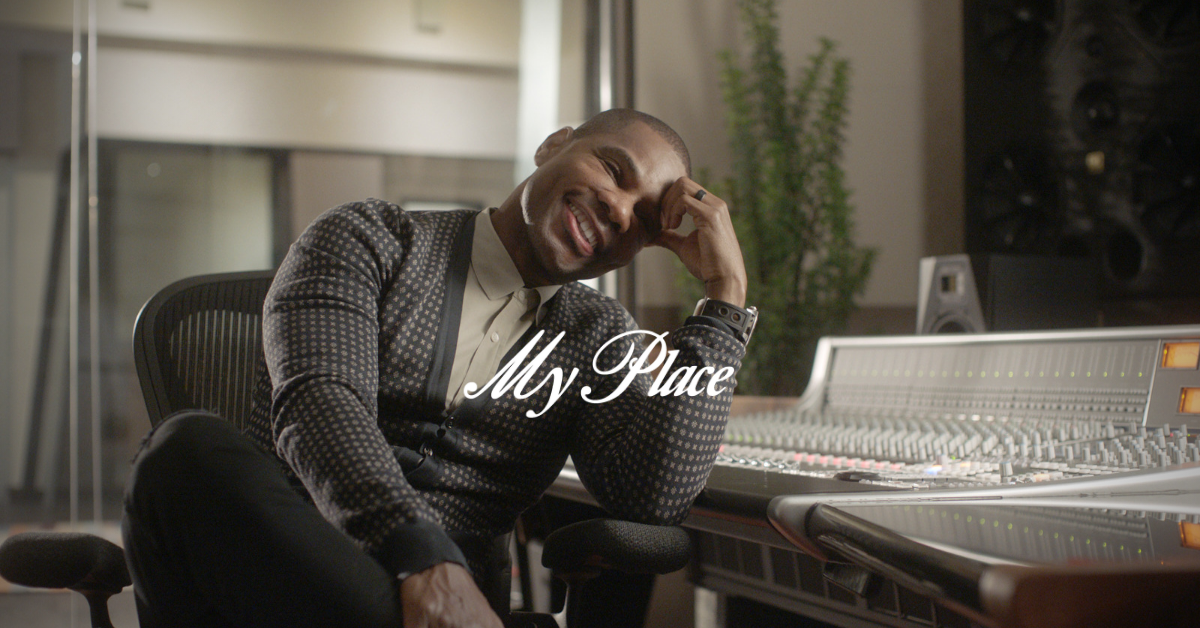 Kirk Franklin was raised in Fort Worth, Texas, and was adopted by his 64-year-old Aunt, Gertrude Franklin.

“I had a rough childhood,” says Franklin. “I didn’t know my mother or my father. I had a lot of abandonment issues. So, I got into a lot of trouble and didn’t do well in school. But Gertrude really believed in my musical gifts. So, from the time I was four I would take piano lessons once a week.”

Gertrude paid for his piano lessons by recycling aluminum cans and old newspapers.

“Unfortunately, Gertrude died before she heard any of the music that I recorded. So, she didn’t get a chance to see me get my life together. I kind of live with that ‘chasing the ghost’ type of energy in my life.”

Franklin organized “The Family” in 1992, forming a 17-voice choir with neighborhood friends and associates. Their debut album, “Kirk Franklin & The Family,” was released in 1993. Eventually earning platinum album sales, it spent nearly two years on the Gospel music charts, as well as moving up the R&B and Pop charts.

It was the first gospel music album to sell over a million units.

Since his debut in 1992, Franklin has received six platinum certifications on his albums, including the 3X Platinum “Gods Property,” which won him a second Grammy for Best Gospel Choir or Chorus Album.

Franklin has worked with a variety of artists over the years, including Cheryl “Salt” James of Salt-N-Pepa, Whitney Houston, Mary J. Blige, Bono, and TobyMac. The winner of more than 40 Stellar Awards, 16 Dove Awards and 14 GRAMMY Awards, Franklin states, “I really believe it happened because I am a firm believer in the message I preach.”

“One thing about music is that you can’t have a bunch of musicians playing what they want to play,” explained Franklin. “They have to play what the song demands. So, what you don’t want to feel is that everyone is playing different notes, because it’s not a melody… it’s not a nice harmony. And it doesn’t sound good, nor does it feel good. The star in the room is always the song.”

“What I love about Park Place is that the star in the room every time you go is always the client. You can tell that they have been rehearsing, that everybody’s playing the same note.”

“Park Place team members are committed every day to create an ownership experience that can’t be found anywhere else,” explains Dave Evans, Park Place Dealerships Chief Marketing Officer. “Our clients tell us fabulous stories about Park Place members who have gone above and beyond to make their experience memorable. We want people to think of Park Place as My Place.”

“Coming from a past where a lot of things in my childhood were very inconsistent, consistency has been something I have always strived for,” Franklin concludes.

“Park Place is ‘My Place’ because they make me feel like a classic song.”