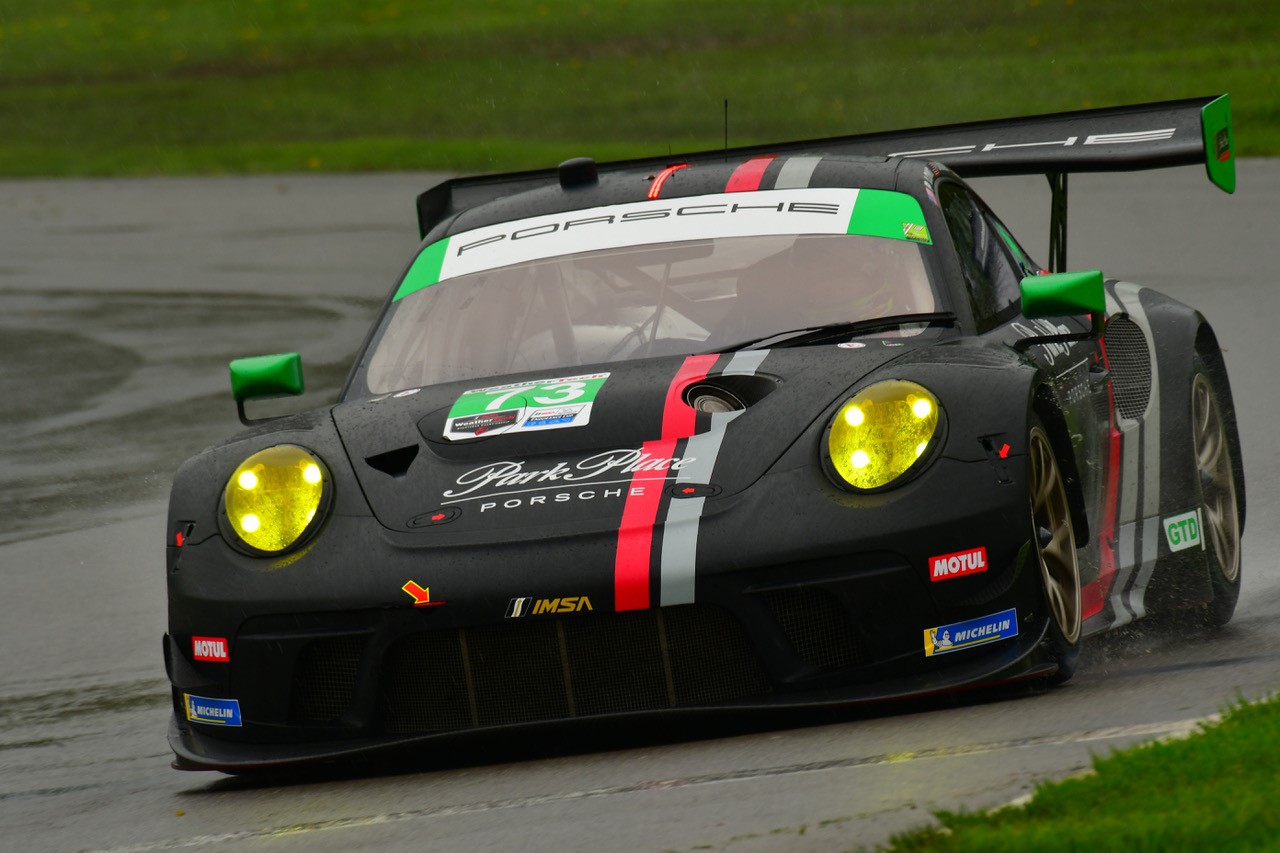 Driver Marco Seefried and Porsche Works Driver Patrick Long reunited for the first time since 2015, and it was a performance that should not have been missed. Long garnered bumps and bruises along the way to the fourth-place finish sustaining damage to the left front and rear in the final minutes of the race. Overcoming cars laps down and traffic, Long was gaining ground on the third-place car when the checkered flag fell.

Seefried took the No. 73 Porsche from 15th to second in the GTD class during his stint. Seefried caused a red flag during qualifying after getting stuck in the thick mud that so many fell victim to this weekend. The No. 73 had its two fastest laps taken away and ultimately had to start from the rear of the field. Seefried gained six positions in the opening 10 minutes of the race, making the incident long forgotten after the green flag. He too received damage to the front left of the bumper during the final laps of his stint.

“I’m very proud of our result,” Long said. “The racing today was hard fought and physical, but we made it through. We chose an alternative strategy which is always risky, but I think it ultimately helped us. I think we capitalized on the yellow flags really well. We definitely had the pace for the front today. The biggest challenge were the lap cars; they made things difficult. But overall fourth place is a great points day for us. I’m glad we brought it home.”

“I think considering where we started, we can be pleased with our result today,” Seefried said. “I think Porsche will be happy to see how we performed together; I hope Patrick (Lindsey) is happy as well. We took on some damage this race, but I think that is just what happens at Mid-Ohio with a scenario like we had today. Finding a setup was quite difficult due to the weather, but I think the team did a great job considering that challenge.”

The next race for the No. 73 Park Place Porsche is currently undecided as the decision of whether or not to run at the Detroit Grand Prix Presented by Lear has not been made. Detroit is a commitment for the GTD Sprint Championship but not for the GTD full season championship. Teams can omit Detroit from their calendar and still win the full season championship or omit the endurance races for the sprint championship. The race following Detroit is the Sahlen’s Six Hours of The Glen at Watkins Glen International in New York.