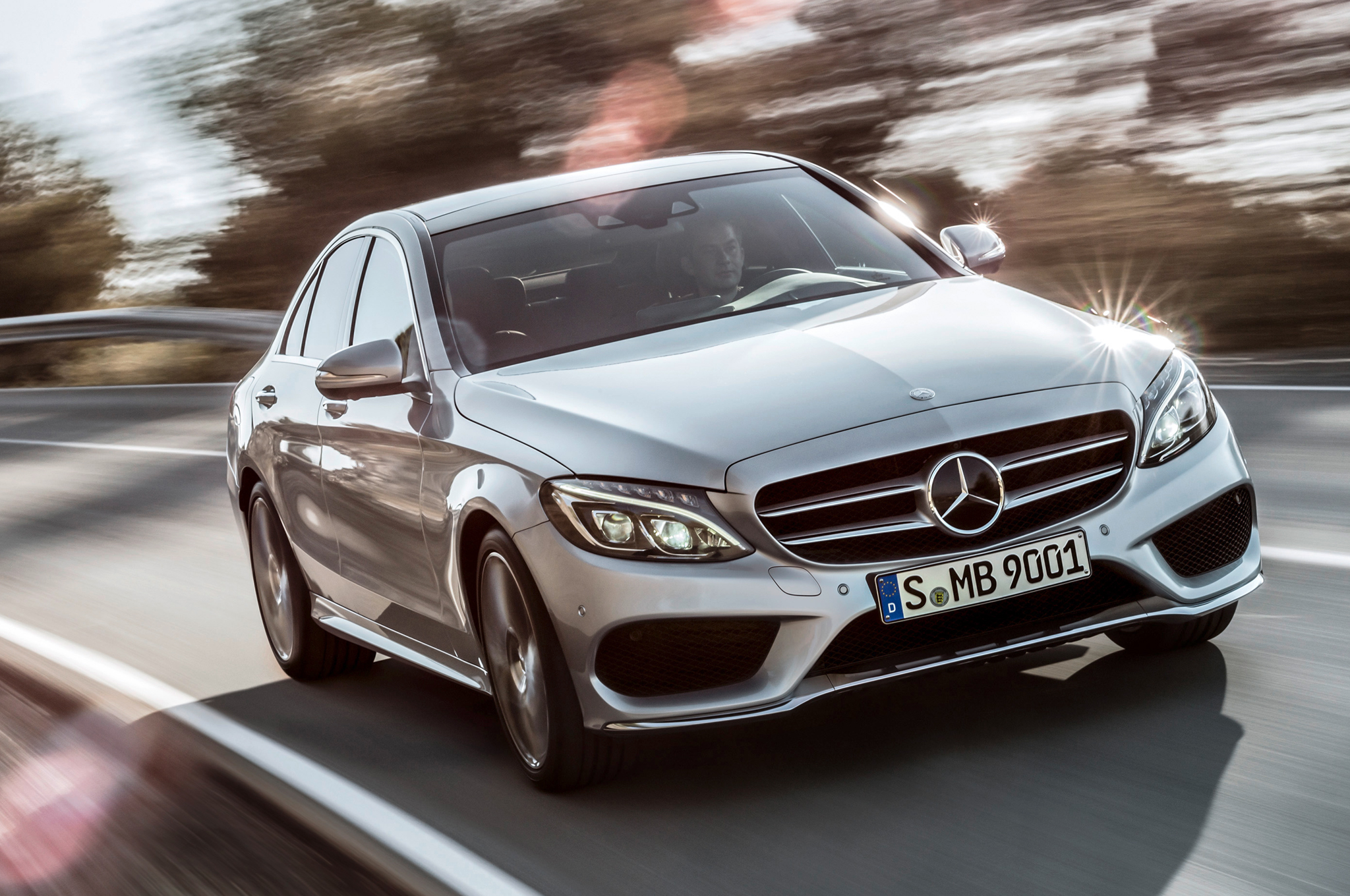 Mercedes-Benz always aims to impress but with the brand new 2015 C-class they have left everyone’s jaws on the floor. From the totally redesigned interior to the sleek new exterior that pulls its design cues from the new top of the line S-Class. The Mercedes-Benz 2015 C-class is a car worth bragging about. Motor Trend gives a perfect description of the new 2015 Mercedes-Benz C-class’s outstanding interior; “What immediately stands out when you’re behind the wheel of the 2015 C-class is the interior. For cabins at this price point, it is revolutionary. Those of you fortunate enough to have spent time inside the new S-class will be immediately familiar with the surroundings. Shared between the two are the Eames Chair-look seat controls, the fancy Burmeister speaker grilles, the cabin perfumer, the knurled Command wheel, the classic round air vents, the heavy-duty, high-quality switchgear and high-res, and user-friendly graphics in the navigation screen.”

The fantastic interior is just one of the many highlights this new Mercedes-Benz has to offer. In addition to the stylistic enhancements, this brand new 2015 C-class has handling that tops just about any other car in its category. The 2015 C-Class will feature two outstanding engine variants: a new 241-hp turbo 4 that delivers 20% more power and torque than the 2014 model, and a 3.0-liter turbocharged V-6, pushing out 329 hp and 354 lb-ft of torque. Mercedes-Benz just released the configurator for the 2015 C-Class – allowing drivers to build their new C-class exactly how they want it while also exploring the multitude of upgrades available. The 2015 C-class is a car that any avid driver should want a chance to drive. It appeals to a wide range of demographics with its many optimal features. Options like the Driver Assistance Package, where the 2015 C-class will practically drive itself. Between the adaptive cruise control, which can even bring the car to a complete stop in traffic, and the lane keeping, this car is one of the smartest on the road. Mercedes-Benz has always been an innovator when it has come to automotive technology and luxury. The 2015 C-class is yet another prime example of the German automaker’s unique talent for crafting these vehicles. It is a car that lives up the name Mercedes-Benz. If you would like to make one of these new 2015 C-classes yours then come to any of the three Park Place Motorcars Dealerships in DFW. Our dealerships offer some of the largest selections of both new and used Mercedes-Benz in the country. Visit Park Place Motorcars Dallas, Park Place Motorcars Grapevine or Park Place Motorcars Fort Worth to see if the 2015 Mercedes-Benz for yourself.