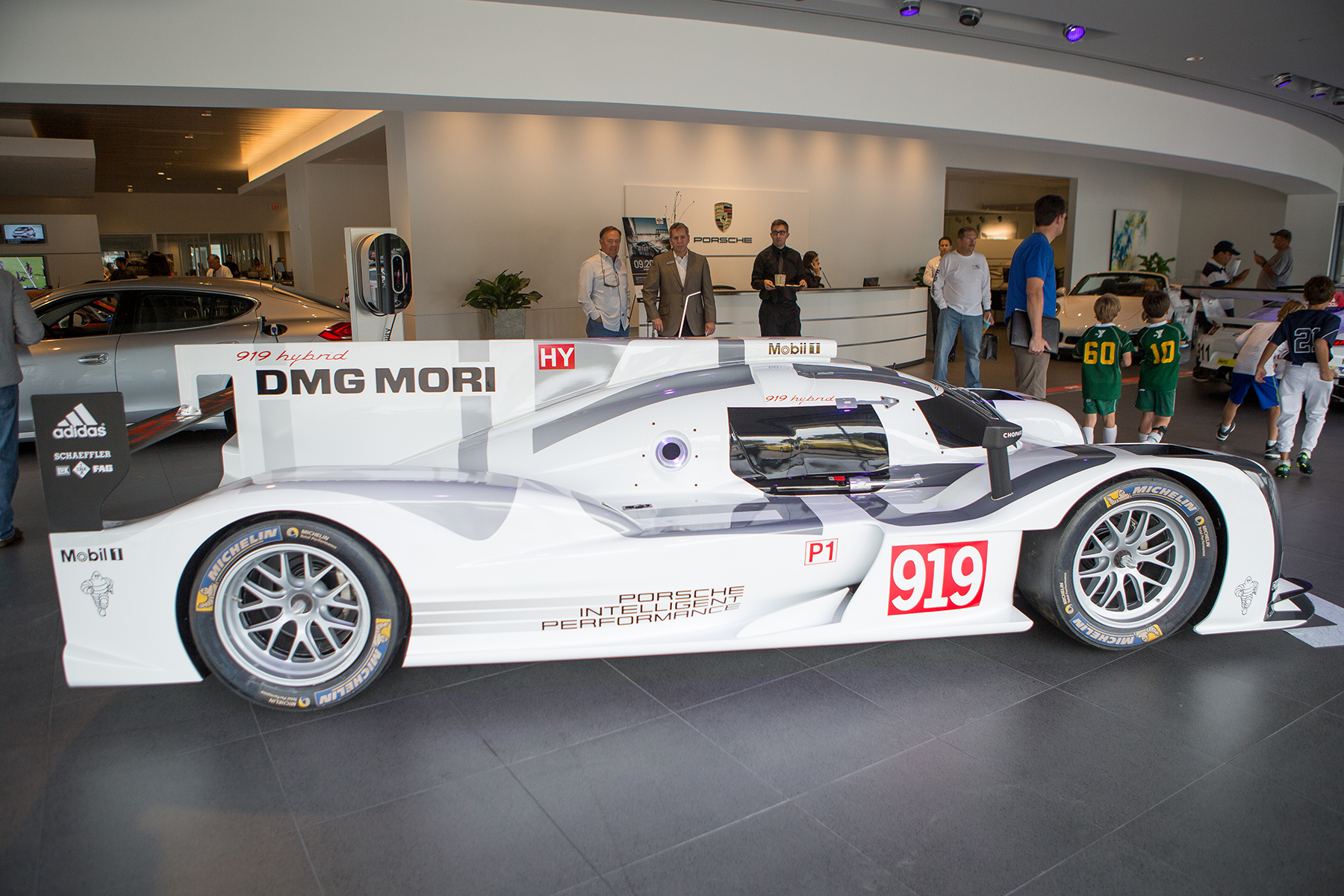 Circuit of the Americas in Austin to host the only U.S. race in the
FIA World Endurance Championship

Park Place Porsche held an open house Saturday, September 13, in their newly redesigned showroom on Lemmon Avenue. While the new space was impressive, the real stars were the 911 RSR and 919 Hybrid racecars. The 919 Hybrid will be making its North American track debut this weekend at Austin’s Circuit of the Americas (COTA), during the Lone Star Le Mans September 19 – 20.

As the United States’ only Grand Prix track, COTA will feature the fourth round of the FIA World Endurance Championship (WEC) September 20th. The six-hour race will start at 5 p.m. with the sun scheduled to set at 7:43 p.m., making it the maiden night race for COTA. The six Porsche 919 Hybrid drivers will rely on their recent twilight and night racing experience at the 24-hour Le Mans.

“We are highly motivated going into Austin and want to benefit from everything we have learned so far, “ said Fritz Enzinger, Vice President LMP1. “It is almost like the kick off of a second season, but under new conditions. For a long time the Le Mans preparations dominated everything. Then we had a strong performance there and emerged together from what was the harsh end of it. The Porsche 919 Hybrid’s new aero package was working straight out of the box. Now we have to transfer everything to racing. If we get that right, I have no doubts
we will be competitive and achieve the appropriate results.”

With its hybrid powered Le Mans Prototype (LMP1), the Porsche Team enters the most innovative race car in the field and has set high goals for the remaining five rounds of the World Championship.

“Park Place Porsche is proud to have a team running in Austin this weekend,” said Patrick Huston, Park Place Porsche general manager. “Park Place Porsche has been active in racing for years. While we sponsor a professional team, we also work hand-in-hand with clients who have an interest in building a competitive car and learning how to handle it on the track.”

Following are some facts and figures about Porsche’s entries in the upcoming COTA race: