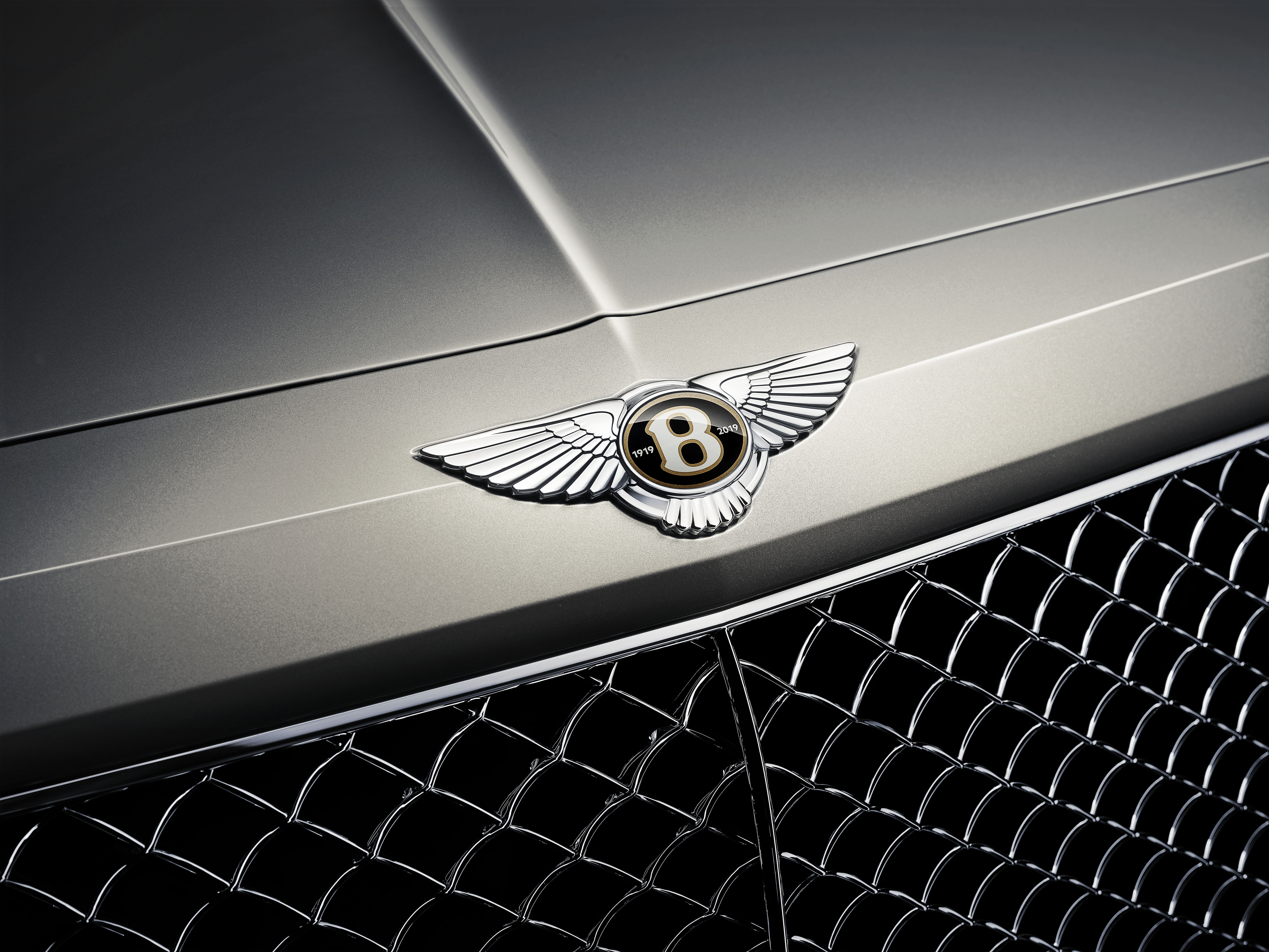 News from Bentley Motors: Bentley is honoring its 100th year by introducing a special Centenary Specification for all of its models.

Inspired by celebrated models and events from the company’s illustrious past, the Centenary Specification will feature on all Bentleys built at the factory in Crewe, England, between January and December 2019.

Centenary badging, distinctive seat embroidery, unique treadplates, and other special details will identify each car as part of the celebrations – ensuring they become true collectors’ items.

Founded in 1919 by W.O. Bentley, the company has been guided by a simple principle to build “a fast car, a good car, the best in its class”.

Through decades of expertise and innovation, Bentley has designed, engineered and built the world’s most desirable Grand Tourers with a unique combination of luxury and performance.

Centenary Specification: A Mark of Distinction

The Centenary Specification is a collection of exquisite detailing that reflects the attention to detail and unrivaled levels of skilled craftsmanship from the brand.

Unique Centenary Gold front and rear badging will match the special wheel center badges and treadplates with a ‘1919-2019’ display. The steering wheel badge, key fob and gear selector all feature a similar use of the celebratory design.

Inspired by the exquisite metalwork found on vintage Bentleys – such as EXP 2 of 1919 and the 1929 ‘Birkin’ Blower – Centenary Gold is a refined metallic gold, honoring the company’s rich heritage and racing triumphs while interpreting for the modern day with an elegant warm tone and a deep fluid shadow.

The color has been specifically crafted to shine and reflect light like jewelry. It will be used in Bentley’s Centenary logo and will be synonymous with Bentley’s celebrations.

Born in 1888, founder W.O. Bentley grew up as an engineer enthusiast. It was no surprise to people who knew him that W.O. eventually turned his attention to building cars that would satisfy his own extraordinary expectations as a driver, an engineer and a gentleman.

Bentley Motors was established in 1919 and by September 1921 the first production model was proudly delivered to its owner, Noel van Raalte, at a cost of £1,050. The car carried Bentley’s hallmark radiator casing and Flying ‘B’ insignia.

The Bentley models of the 1920s became some of the most distinctive cars of the era. W.O. also became a fan of developing racing engines and his cars famously triumphed at Brooklands, Indianapolis and the Isle of Man. The legendary achievements of the Bentley Boys brought success at Le Mans on five occasions. For Full Details on Bentley’s Centenary visit www.BentleyMotors.com/100Years