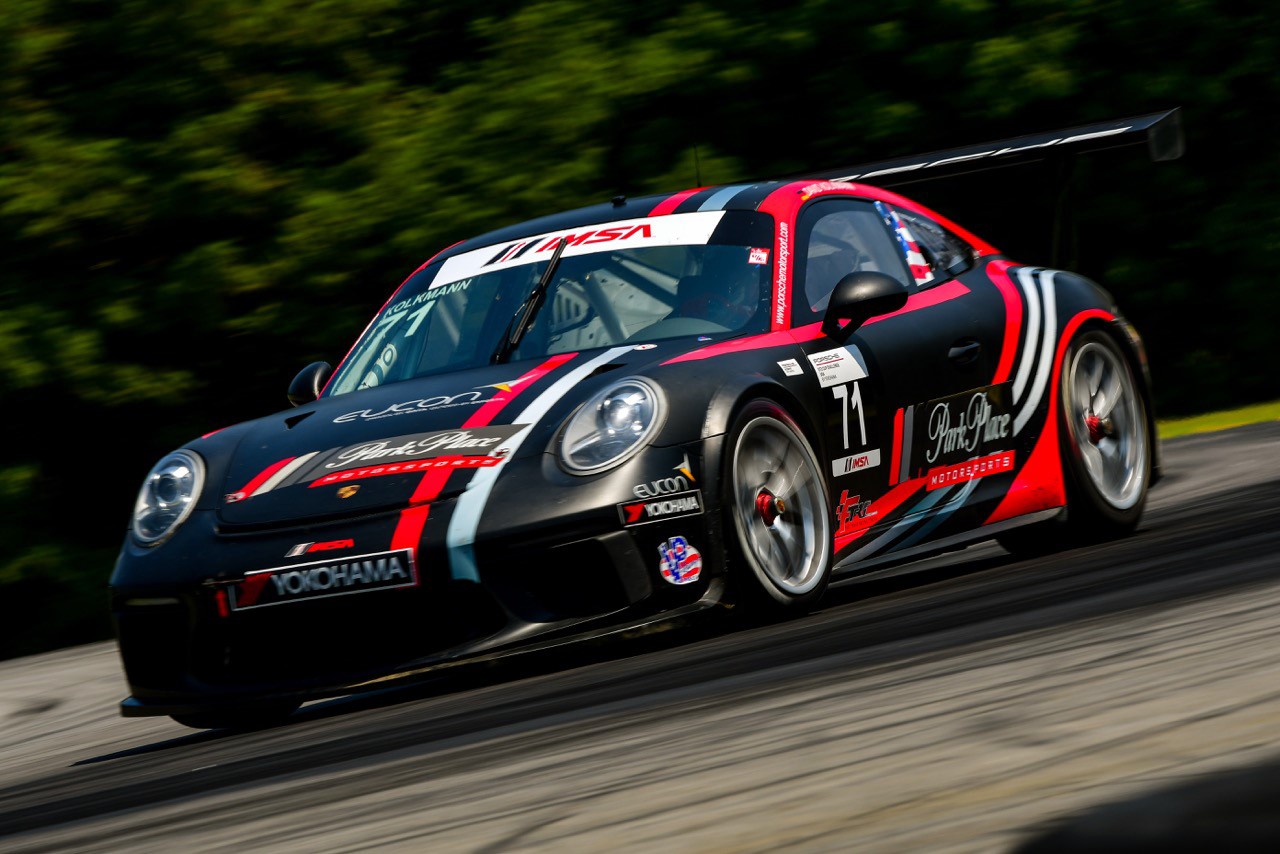 DALLAS (Sept. 11, 2018) – After leaving a trail of podiums across the eastern seaboard, David Kolkmann is headed west with his sights set on the top step of the podium.

Kolkmann’s No. 71 Eucon/Park Place Porsche GT3 Cup takes center stage at Sonoma Raceway for rounds 13 and 14 of Porsche GT3 Cup Challenge USA by Yokohama. Currently, Kolkmann sits third in the championship, ahead in second place is the No. 1 of Roman DeAngelis. Fifteen points separate Kolkmann from his target in second and competition in fourth; deeming this race the turning point for his championship endeavor.

The 2.52-mile, 12 turn course marks the penultimate race weekend for Porsche GT3 Cup Challenge USA by Yokohama. Rising tensions breed careless mistakes, on which Kolkmann hopes to capitalize. He has spent his past month training, logging miles on the simulator and coaching to ensure his mind and body are primed for battle.

“I feel like I’ve done everything possible to succeed at Sonoma,” Kolkmann said. “The past few races have been good, but I know I must win both races now if I want to get the championship. So, there is some pressure but I’ve spent a lot of hours on watching onboard views of Sonoma and I think I now know the track well. No one wins races, everyone else just loses them.”

The Porsche GT3 Cup Challenge USA field spent the past four events battling tire degradation due to blistering temperatures. It will be faced with a new challenge this weekend as Sonoma Raceway promises cooler temperatures during both Round 13 and Round 14.

There are 140 possible points remaining in the season and Kolkmann must collect all of them in order to prevail. Tire management and a flawlessly executed race will be the only way to win this championship.

“David has proven that he is a solid competitor,” said Team Principal Patrick Lindsey. “These last two weekends will be make or break. I really think we as team will have to focus on capitalizing on others mistakes. It’s that time where everyone feels the pressure and this championship is by no means wrapped up for anyone. David’s in striking distance but he will really have to show how much he’s matured this year and put himself in the right position to win. I think he can do it, but some opportunities will have to arise.”

Park Place Motorsports hits the ground running with a full day of practice Friday, Sept. 14. They return Saturday the 15 for qualifying at 9:45 a.m. PT and Race One at 1:15 p.m. Finally, they close out their weekend with Race Two Sunday the 16 at 12:30 p.m. serving as the opening act to IndyCar’s Sonoma Grand Prix. The entire weekend will be broadcast live on scoring.imsa.com and imsatv.imsa.com.

Stay tuned to @ParkPlaceRacing on Instagram and Twitter for live updates from the track. Visit Park Place Motorsports at ParkPlaceMotorsports.com