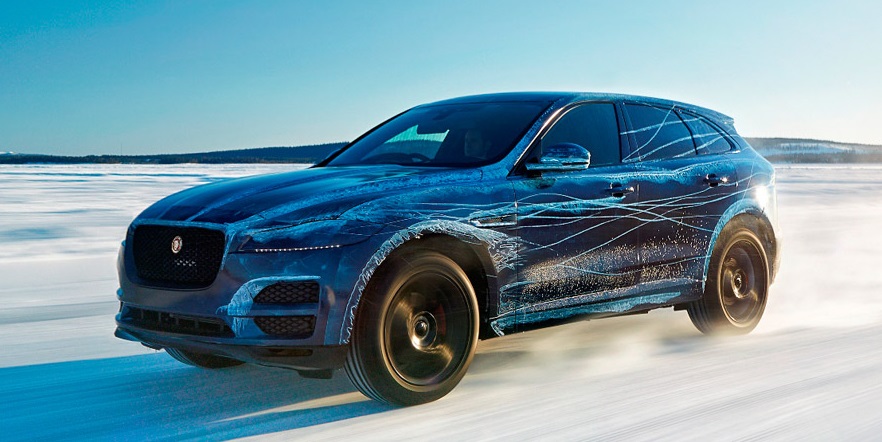 From the searing heat and dust of Dubai to the ice and snow of Northern Sweden, the new Jaguar F-PACE has been thoroughly tested to the limit in some of the most inhospitable environments on earth.
As the first performance crossover from Jaguar, the F-PACE offers an unrivalled blend of performance, design and practicality. To ensure that every system functions perfectly under the most extreme conditions, the new F-PACE has been subjected to one of the most demanding test programs the company has ever devised.

“We developed the F-PACE to offer the ride, handling and refinement demanded from a Jaguar car, together with new levels of ability and composure on a variety of surfaces and weather conditions. Just as we paid obsessive attention to detail over the engineering of every single component, we’ve exhaustively tested the F-PACE in the most challenging conditions to ensure that it will exceed the expectations of our customers around the world,” said, Andrew Whyman, Vehicle Program Director, Jaguar F-PACE.

At the Jaguar Land Rover test facility in Arjeplog, Northern Sweden, average winter temperatures rarely exceed 5°F (-15°C) and often plummet to -40°F (-40°C).  In Dubai, ambient temperatures can exceed 122°F (50°C) in the shade.
Incorporating hot and cold weather testing environments with a variety of new and unique surfaces, Jaguar has paid special attention to help make the F-PACE a benchmark in the performance crossover segment. For the first time in a Jaguar development program, the F-PACE has also been driven over graveled mountain passes as part of its validation tests. Following this testing and development, the F-PACE will debut at the Frankfurt Motor Show in September. Coming to Jaguar Dallas and Jaguar Plano showrooms in mid 2016.