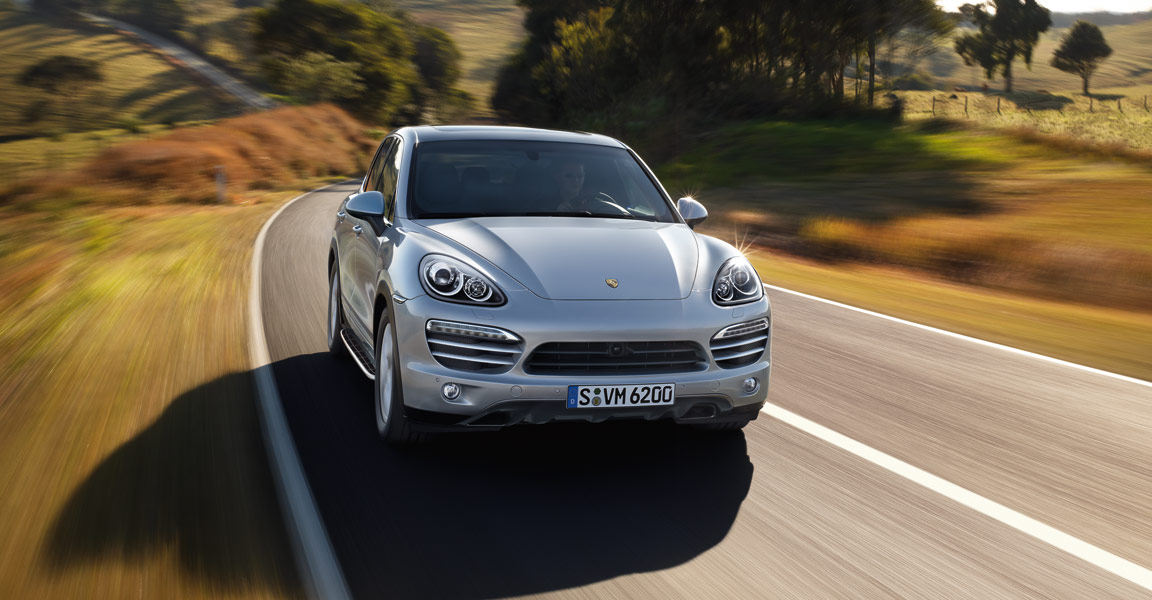 Check out the following 2013 debuts to find a cutting-edge luxury crossover for hauling groceries and kids by day and cruising downtown come nightfall.

If you like your COV to feel like an SUV, take the Mercedes GLK for a spin. A small SUV by North American standards, the Geländewagen defies the eggy shape of other crossovers with its signature SUV-like verticals. Its growling direct injection V6 and sports-tuned suspension guarantee there will be road muscle to back up your car’s devilish good looks inherited from the manufacturer’s full-size SUVs.

GLK has only been pounding the pavement since 2008, but has whipped up plenty of acclaim during its rookie run. Mercedes’ premium crossover has raised the bar for the whole segment by showing how to harmoniously layer agility, utility, safety, and top-drawer style.

It’s a bold claim in a competition-dense market, but Mercedes easily earns the badge with its choice GLK.

Engineered to perfection, the midsize Cayenne crossover developed by Porsche is hot enough for a second look. 21″ rims, performance tread and adaptive sport seats are among the bragging rights that come with ownership of a new Porsche Cayenne. This year, the company is introducing a 29-mpg Diesel for the U.S., plus the chassis-optimized GTS for speed demons everywhere.

Cayenne’s reviewers say she handles like a dream. It seems Porsche had the right idea incorporating responsive design principles into each layer of the car’s hardware.

With standard all-wheel-drive, classic Porsche-style cockpit, nimble footwork and a smooth ride, the Cayenne has earned a reputation as one of the coolest CUVs around.