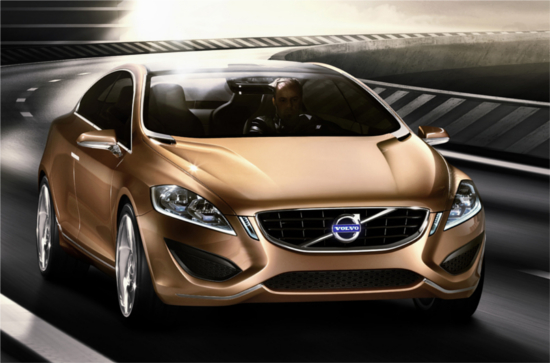 Volvos have always been known for fantastic reliability, industry-leading safety and excellent winter performance, but not necessarily for exciting design. Recently, the company has done a lot to shed its stodgy image, adding in major improvements in styling and performance while maintaining the qualities that drew buyers to the Swedish brand in the first place. The Volvo of today can go toe-to-toe with any major luxury brand, but it took a lot of  work from a trinity of three designers to “banish the box”: Peter Horbury, Steve Mattin and Thomas Ingenlath.

In the 1990’s, Horbury was hired to help Volvo think outside of the box, so to speak. His first creation, the Volvo ECC concept car, kept the traditional Volvo grill while cutting down on the straight lines. This new, rounded shape with wide shoulders would define Volvo design for the on-coming decades.

In the second round of redesigning for Volvo, Steve Mattin joined the company. After designing top-end luxury cars like the McLaren SLR and Maybach sedan, he transferred his dramatic styling to the C30, S60, XC60 and V60. With their pointed noses, bumper-intersecting grills and large headlights, any hint of the box was gone.

Lastly, in the final caveat, Thomas Ingenlath recently took over the reigns of Volvo’s design department. He sees his role as a continuation of Horbury’s work, moving the brand toward the design language and long, low profile of the “Concept You” prototype.

Founder Assar Gabrielsson once said, “Car rallies are as useful to the industry as dog racing.” However, owners thought differently. Thanks to stronger chassis and a range of powerful engines, Volvos have long been a popular platform for privateer teams. The company finally revised its stance the late 1950s, offering factory racing support. The company’s cars quickly dominated the European Rally Championship, and by the 1980s the new turbocharged cars were regularly taking the checkered flag in Australia’s Supercar Series. No matter how un-sporty the styling may have been, the engineering under those boxy shells was good enough to challenge any other manufacturer on the track.

Volvo finally started offering off-the-lot performance cars in 2003 with the introduction of the R-Design line. Initially a high performance version of the S60, the tuner trim spread to cover every model. Today’s R-Design models are powered by a turbocharged six cylinder producing 325 hp 354 lb-ft. of torque. The chassis and suspension is thoroughly reworked to provide more stiffness and less body roll, while heavily bolstered seats keep passengers in place.

The result arrives somewhere in the middle of the performance spectrum: The R-Design models offer fantastic performance, but they don’t have the terrible ride, poor fuel economy and limited usability normally associated with tuner models. Even as privateers successfully campaign the S60R in Touring Car races, buyers can still purchase and experience all the usefulness and comfort expected from a Volvo.

Still the Leader in Safety

Even as Volvos have shed their stodgy design, they’ve maintained the safety that made them famous. The cars continue to get top ratings in both NHTSA and IIHS crash tests, and the company continues to innovate, being the first to market with a range of safety features such as roll stability control, curtain air bags, water repellent glass and blind spot vehicle detection which were first introduced in the Volvo brand.

The latest of these innovations is Collision Warning Brake Support. CWBS detects oncoming obstruction. From there it can warn the driver, adjust the brakes for quicker response in a panic stop and even brake the car itself to prevent a collision. First released in 2006, Volvo has continually refined the system, adding City Safety and Pedestrian Detection. Between 2 and 30 mph, the City Safety system can detect obstructions in front of the vehicle and brake automatically to avoid an accident. Pedestrian Detection can identify people crossing the street at speeds below 22 mph and automatically stop the car, making it safer not only for the passengers, but those outside the car as well.

While other automakers may have adopted similar systems, they start with their top models, only gradually making technology available at more affordable prices. Volvo rolls out safety equipment across its line shortly after becoming available, letting buyers at any price get the safest possible vehicle.

Reliability: It lives on…(and always will)

In 2011, Volvo placed fourth in Consumer Reports’ reliability rankings, ahead of many other luxury automakers. The magazine has also praised the City Safety, both for making drivers safer and for decreasing the cost of insurance claims. In the latest JD Power Initial Quality study, the V70 was their pick for the Compact Premium Sporty Car segment.