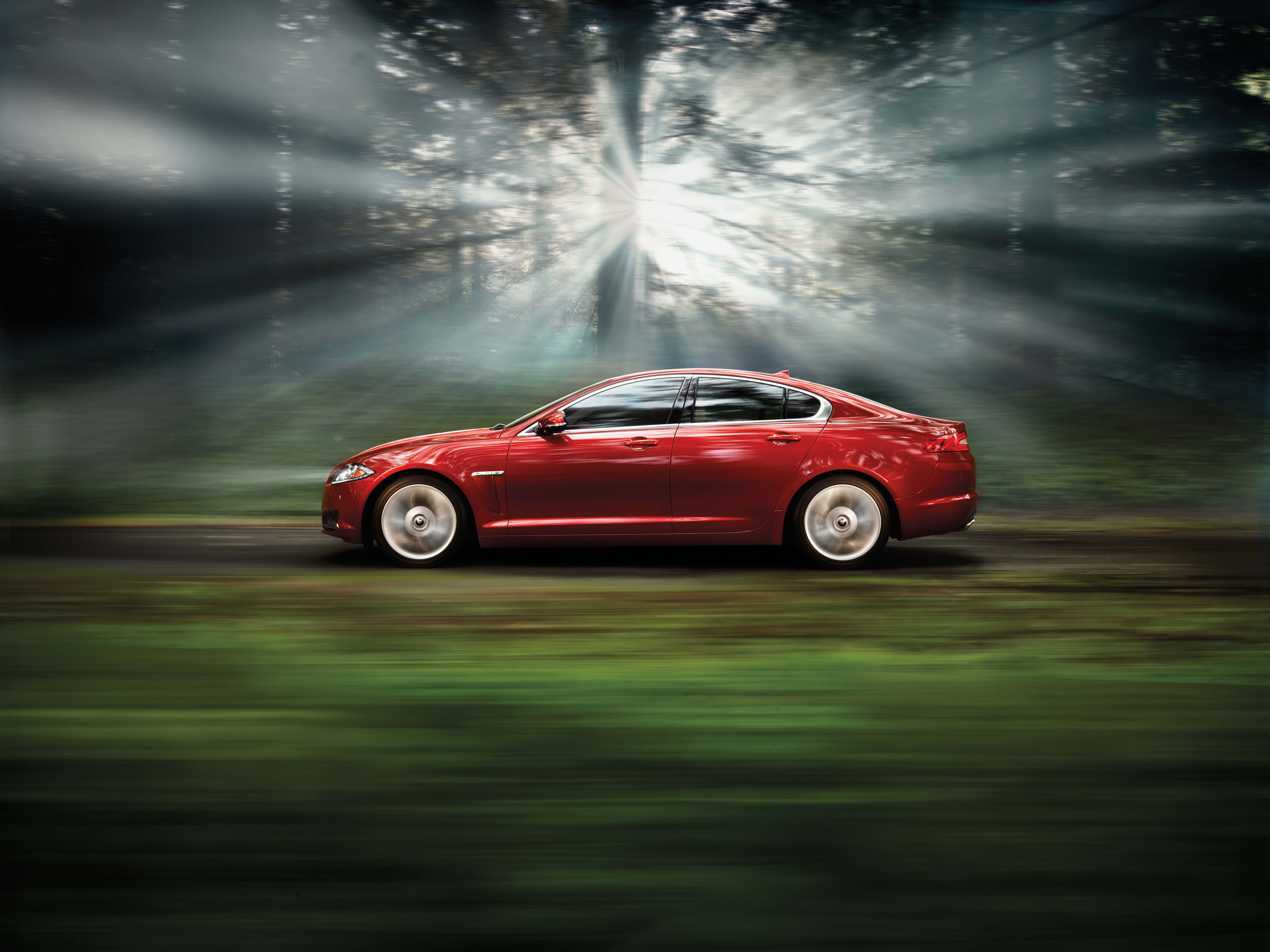 From its lightweight aluminum spaceframe construction to its bold styling, the XF has carved out a niche as a fun alternative to traditional luxury sedans by offering unparalleled driving involvement and agility.

Even though Jaguar’s flagship had a refresh just two years ago, the company isn’t resting on its laurels. A pair of new engines, a new transmission and all wheel drive are some of the new features which have been added this year to keep the 2013 Jaguar XF on top. For the first time in recent memory, buyers will be able to get a car which not only has the looks and agility expected from a Jaguar, they’ll be able to get this driving experience while being able to beat its rivals at the gas pump. Here are some of the key highlights to the XF:

Supercharged V6: Jaguar Returns to the Six Cylinder
Name any classic Jaguar, and chances are that it came equipped with a six cylinder: The XJ, XK120 and even the E-type were all built around these engines, and they had no problem beating their V8-powered rivals. The company is finally returning to this design with the introduction of the first new Jaguar engine in fifteen years: a supercharged 3.0 liter V6 based on the AJ V8.

The designers did a lot more than merely cut off a couple cylinders and called it a day. A new, more compact supercharger combined with a water to air intercooler and a re-engineered combustion chamber help this engine produce 335 hp and 331 lb-ft. of torque. While the cylinder may be 50 hp and 49 lb-ft. of torque less than the outgoing 5.0 liter V8, the new V6’s flatter powerband and lower weight provides almost identical on-road performance.

The innovation extends past the motor: Counterbalancing and redesigned engine mounts eliminate vibration, giving the V6-powered XF all the smoothness of its eight cylinder cousin. The new stop/start system also cuts fuel consumption in stop-and-go driving, yet is so quick the motor is running before the driver has time to move his or her foot from the brake pedal over to the accelerator.

If it drives like the V8, is as quiet as the V8 and is as smooth as the V8, then why go for the V6? According to EPA estimates, fuel economy has gone up two mpg in both city and highway driving, saving drivers thousands in fuel costs over the life of the vehicle while providing performance superior to its six cylinder rivals.

Four Cylinder: Hybrid Economy Without Hybrid Complexity
After a very positive reception in the Land Rover Evoque, parent company Tata has decided to send the SUV’s turbocharged 2.0 liter four cylinder over to Jaguar for use in their cars, starting with the XF. The lightest engine in Jaguar’s history, this motor provides 240 hp and 251 lb-ft. of torque allowing the car to go from 0 to 60 in 7.5 seconds. EPA estimated fuel economy figures have yet to be released, but highway fuel economy should be at least 29 mpg on the highway, handily beating heavier, more complex and far more expensive rivals like the Mercedes Benz S400 Hybrid.

Supercharged V8s: Ultimate Performance
The supercharged 5.0 liter V8 continues to be available in 470 hp tune in the XF Supercharged and 510 hp tune in the XFR. New this year is the Speed Pack, bringing aerodynamic and suspension improvements which allow the XFR to hit a top speed of 174 mph. Like the V6, the V8s also get the stop/start system for improved fuel economy.

All Wheel Drive: More Traction and More Speed
Buyers now have the option of ordering their V6-powered XF with Jaguar’s new Intelligent All Wheel Drive system. This computer-controlled system gathers information on wheel speed, braking and steering angles to provide the right amount of power to each tire. Not only does this improve traction in bad weather, the system adjusts to body movement for better handling and quicker launches.

Eight Speed Transmission: Fast Shifting and Increased Smoothness
The six speed automatic has been replaced by a new 8 speed ZF automatic, improving fuel economy and power. Thanks to some clever tuning by Jaguar engineers, drivers can switch gears using the paddle shifters with all the speed of a DSG transmission but without the associated weight penalty.

New Stereos
Bowers and Wilkins stereos are returning to Jaguar, providing stunning audio performance while drawing less power. Standard on the XF is a 380 watt, 14 speaker system with the option of a 825 watt, 20-speaker unit. Both systems can stream via Bluetooth, a pair of USB ports or Auxiliary jacks. HD radio is included, as is a single-slot CD player with a “virtual” CD changer held on a 30 GB hard drive. The system can copy and hold audio from up to 10 CDs, eliminating the wait needed to swap discs in a traditional changer.

Without a doubt, Jaguar is definitely starting off the New Year by maintaining their top spot for 2013 luxury sedans. Click here to see the new 2013 Jaguar arrivals at Park Place Jaguar.