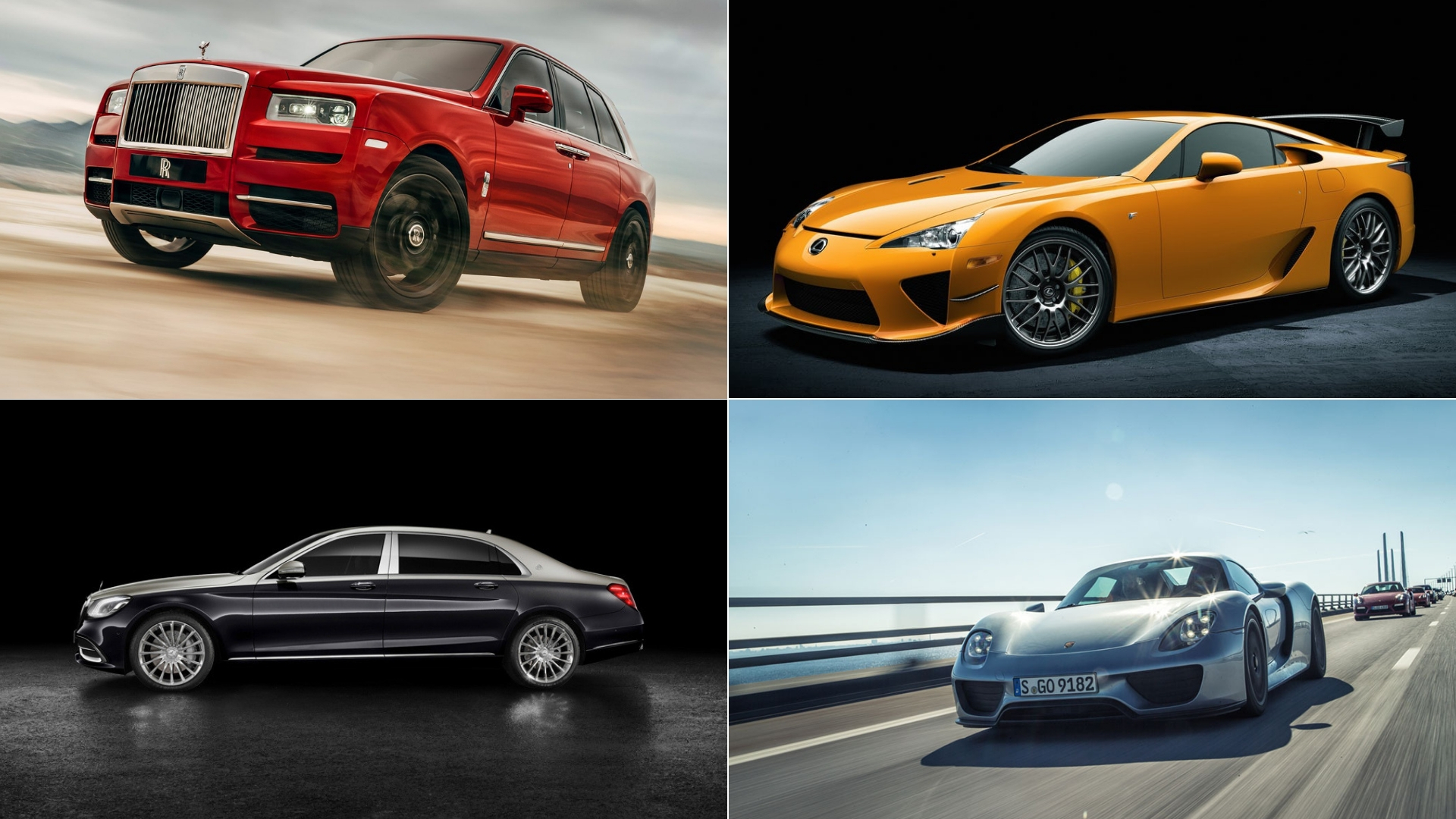 A High-Performance Line-Up You Can Experience

Between an Expanded Concours and Park Place Dealerships bringing in some the world’s finest vehicles, there will be no shortage of “oohs & ahhs” on the Luxury & Supercar Showcase Concours. While the first rule and

tenant of a car showcase (see Do’s and Don’ts of the Supercar Showcase Blog Here) is to look and not touch unless specifically told by the Collector, at the Park Place tents, guests can and are highly encouraged to explore, touch & feel, and ask questions about our Park Place featured lineups by brand. Below is just a smattering of what exceptional machines will be available throughout the day at our showcase event…and you’ll want to read all the way down. We have some breaking news!

Under the Cullinan’s hood is a 6.75 liter, twin-turbo V12 pushing out 563 horsepower and 627 pound-feet of torque. This is the same engine Rolls-Royce uses for its iconic Phantom, which also shares the SUV’s aluminum-intensive platform. The famous “magic air ride” feel that rendered the Phantom peerless has also been re-engineered by adding larger air struts with greater air volume, and by strengthening the drive and prop shafts to cushion blows from the toughest terrain. Featuring all-new, all-wheel drive and an all-wheel steering system — the first in Rolls-Royce history — the Cullinan reaches a top speed of 155 miles per hour.  Approach the Cullinan and it lowers roughly 1.5 inches for easy entry, rising back to normal position upon startup. The air suspension has adaptive damping and was built specifically with a degree of off-road luxury in mind — but a Rolls-Royce kind of off-roading, with a spotlight on smooth transitions. A lone off-road button is all it takes to prep the vehicle for whatever terrain you can throw at it, and it will even ford over 21 inches of water if needed. Don’t miss out on the opportunity to see the incredibly capable off-roader in person at the 2018 Park Place Luxury & Supercar Showcase,

“It is impossible to outdo an S-Class — except when the S-Class surpasses itself. ” -MBUSA. The Mercedes-Maybach sets the bar for “exclusivity and individuality”, celebrating the blend of luxury comfort and perfect craftsmanship, and the illuminated door sills serve to remind any who enter the vehicle, of the kind of luxury experience they’re about to embark on. From its elongated body and wheelbase, the extra space not only enables supreme comfort within but represents an iconic, more imposing form beyond. According to MBUSA, the 2019 model instantly cuts a more elevated figure than before. The grille, inspired by a pinstripe suit, strikes a note of sheer exclusivity. A two-tone exterior paint finish — now available in nine different colors — conveys the vehicle´s classic pedigree. An optional double clear coat lends an unsurpassed sense of elegance to darker paint options — with the second coat hand-applied by trained specialists. The 2019 Maybach will be available for interaction at the Mercedes-Benz Tent at the Luxury & Supercar Showcase.

The arrival of the new 600LT, which is built to excel on roads and race circuits alike, marks both the beginning of the next chapter in the McLaren ‘Longtail’ (LT) story and the setting of a new benchmark for super-sportscar performance. The new McLaren 600LT epitomizes the McLaren philosophy of producing lightweight super-sportscars that deliver extreme performance and are exceptionally rewarding to drive. With the engine management system of the 3.8-liter twin-turbocharged V8 recalibrated and less back pressure from a top-exit exhaust system that is even shorter and more extreme than that of the McLaren Senna allowing the engine to breathe more freely, the 600LT can call on peak power of 592bhp at 7,500rpm and a maximum torque output of 457lb ft at 5,500-6,500 rpm. These outputs deliver astonishing levels of performance: 0-62mph takes just 2.9 seconds, matching the acceleration of the revered McLaren 675LT Super Series model (0-60mph in just 2.8 seconds). 0-124mph is achieved in a remarkable 8.2 seconds and the 600LT can continue gathering speed to a top speed of 204mph.

Only 50 of the 500 LFA hand-assembled were sported with the Nürburgring package, making this unit an exciting addition to our Lexus space at the Supercar Showcase.  At its release, it was valued at over $450,000 with 562 Horsepower and quicker gear changes; the specific package features a sport-tuned suspension, exclusive black mesh-type wheels, and a larger from spoiler & a fixed rear wing for improved speed and downforce.  The unit making its way to the Luxury & Supercar Showcase is white, which perfectly accentuates the Nürburgring Race Car Influenced Styling and Performance.

An exclusive plug-in hybrid sports car that’s nothing less than a showstopper.  We’ll keep this one short and sweet because the 918 speaks for itself. At its top end, it reaches speeds of 211 mph with 877 hp and 944 lb-ft of torque.

Last but certainly not least, we are excited to share that a McLaren Senna has been confirmed for our showcase, and will be viewable at all ticket levels.